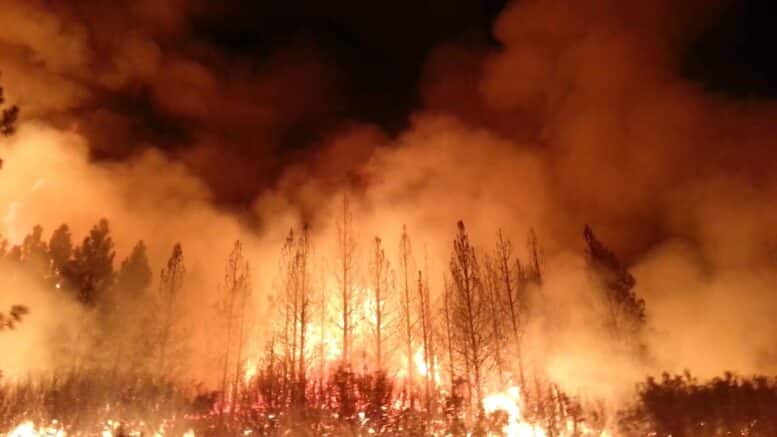 Please Share This Story!
PDF 📄
Governments around the world are being sold deadly advice from scientists and academics who know nothing about the real world. Like California, Australia has experienced devastating wildfires that are the direct result of mismanagement. ⁃ TN Editor

Experienced land and fire managers from eight community groups across Australia have jointly written to the Prime Minister urging the restoration of healthy and safe rural landscapes. The grass-roots organisations represent more than 6,000 members and 14 regional councils. They have called for an end to the ongoing loss of human life and the socioeconomic and environmental destruction caused by extreme bushfires.

Former Chief of CSIRO Bushfire Research, Phil Cheney, says that a focus on emergency response at the expense of land management has created an unstoppable monster. Expenditure on firefighting forces is ever-increasing whilst volunteers are being cynically used to deflect criticism away from failed government policies. Land management agencies no longer have primary responsibility for suppressing wildfires. Consequently they have little incentive for stewardship and fire mitigation. Cheney is a scientific advisor to Volunteer Fire Fighters Association.

Chairman of Western Australia’s Bushfire Front, Roger Underwood, points to the stark contrast in historical fire management policies and outcomes on either side of the continent. Seventy years of data from WA show a strong inverse relationship between the area maintained by mild burning and the area subsequently damaged by high intensity fires. This relationship is especially apparent in extreme fire seasons.

Underwood is widely experienced in sustainable land and fire management at all levels from lighting or fighting fires on the ground, to leading a State land management agency. He highlights the deep divide between those who actively care for the bush and who understand bushfire science and operations, compared to the Academics and Fire Chiefs who are misleading  governments. The Royal Commission did not call upon Mr. Cheney, Mr. Underwood or similar elders to give evidence. Their consideration of previous bushfire inquiries went back only as far as the COAG whitewash in 2004.

The Royal Commission has accepted wrong advice from academics and modellers rather than information from experienced practitioners. Consequently its conclusions on Effectiveness of Fuel Management are substantially incorrect.

Our land was successfully managed for tens of thousands of years, through some extreme natural climate changes, by people with long experience, but only the most basic technology. It is shocking to see how this truly adaptive management has been replaced by reliance on computer modelling and hugely expensive but futile paramilitary response capacity. The inevitable carnage will continue in the wake of this Royal Commission unless active landscape management based on pragmatic science is reinstated.

It’s all part of the plan. We are governed by criminals everywhere on this planet.