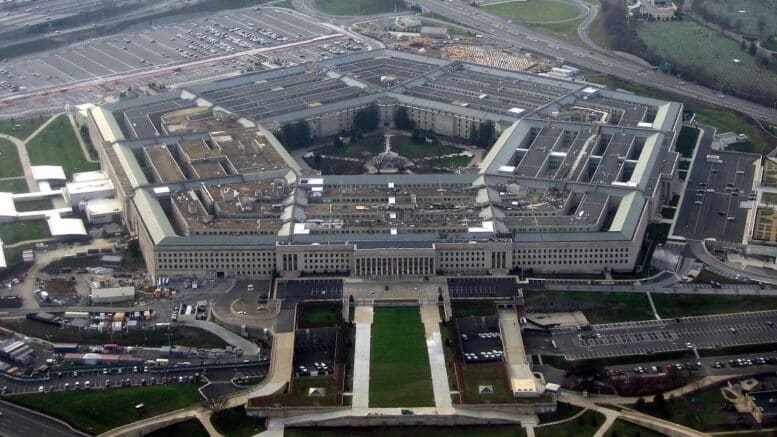 Please Share This Story!
PDF 📄
Ex-CEO of Google is right in the middle of this process. Although nothing is set in stone just yet, the logic from the military’s point of view is unmistakable. The downside is that the government (military) would dictate the terms of use throughout civilian populations. ⁃ TN Editor

White House chief of staff Mark Meadows is leaning on the Pentagon to move ahead with a plan to stand up a 5G wireless network, sources tell Axios, and the idea, despite opposition from key government and private-sector players, could well outlive the Trump administration.

Why it matters: The Department of Defense could lease out capacity to wireless carriers and other companies in need of the ubiquitous, high-speed connectivity that 5G technology promises. That prospect makes this the Trump administration’s most serious push toward a federally backed national 5G network since it first floated the idea in 2018.

What we’re hearing: Meadows has taken a strong recent interest in the idea and is behind the White House nudging the Pentagon to move it along, people familiar with the state of play said.

The White House is urging DoD, sources said, to move quickly to follow the outstanding request for information with an actual solicitation for proposals from companies that would bid to run the network.

Yes, but: There’s also a chance the process will derail. The push has rankled some top DoD officials, sources say, with Defense Secretary Mark Esper said to be among those wary of the idea.

Between the lines: Proponents of past proposals for federally backed 5G in the Trump camp have pushed the national-network idea as a way to edge out China in the race to build the best next-generation wireless technology.

The intrigue: There’s agreement in Washington telecom circles that the national-network idea won’t die even if Trump loses.

Our thought bubble: Democrats could well bite — the idea tracks with their arguments that the internet is critical infrastructure akin to a utility and merits more federal resources.

And if 5G turns out to be lethal, as a growing minority of scientists predict?

Then you can kiss your behind good bye!

Who’d a “thunk” a nation based on liberty, equal justice the and the protection of inalienable rights would end up like this. A nation with over 120 different taxes and regulatory fees and and a $9+ trillion total annual budget for the local, States and Federal Government. The we wonder why 1/3 of the people are living at tor near the poverty lines, we have high unemployment rates and businesses are going out of business at ever increasing rates. A tenth grader could understand this if anyone had the competency to explain it to them. It’s not even Econ 101.