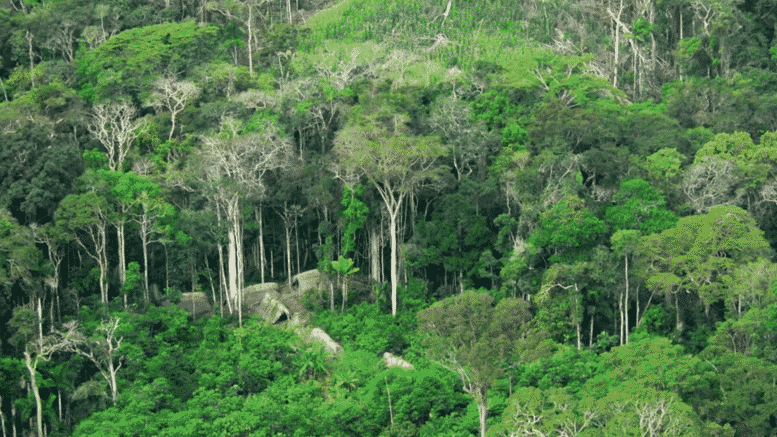 Please Share This Story!
PDF 📄
Carbon-based humanity lives in a carbon-based world. Those at the top of the pyramid who truly hate humanity, promote anti-carbon policies to reduce population and economic activity. The rest of the world accepts the greenwash agenda as a religious proposition without any clue of what they are doing. ⁃ TN Editor

International Man: Western countries are leading the charge in restructuring their economies around the issue of climate change. They’re committed to a comprehensive agenda to “decarbonize” their economies by 2050.

What’s your take on this?

Doug Casey: To sum it up in one word, it’s insane. In two words, it’s criminally insane.

These things happened not because of any government mandates but simply because they made both economic and technological sense. If the market had been left alone, the world would undoubtedly be running on nuclear. Nuclear is unquestionably the safest, cheapest, and cleanest type of mass power generation. This isn’t the time to go into the numerous reasons that’s true. But if nuclear had been left unregulated, we’d already be using small, self-contained, fifth-generation thorium reactors, generating power almost too cheap to meter. The world would already be running on truly clean green electricity.

Instead, time, capital, and brainpower have been massively diverted to so-called “ecological” power sources—mainly wind and solar—strictly for ideological reasons. The powers that be want to transition the whole world to phony green energy, like it or not.

I’m all for green energy in principle. There’s no question that solar and wind are worthwhile and effective for select applications—generally small, isolated, special locations where conventional fuel is inconvenient or too costly. The efficiency of solar has been tremendously improved over the last few decades, as has wind efficiency. But neither make any sense for mass base-load power in industrial economies.

With further technological advances, they may become more economic someday. Perhaps people will eventually put large collectors in high Earth orbit and microwave the power down to the surface. There are all kinds of sci-fi possibilities. But right now, “green” is just a nice word for “stupid,” “ideological,” or “government-sponsored.”

Doing things the green way takes power away from the markets, which is where people vote with their dollars. It instead places power in the hands of ideologues and bureaucrats.

In brief, wind and solar are being promoted at the very time, nuclear and fossil fuels are being damned. It’s the opposite of what should be happening and a very bad trend from every point of view.

Put me down as liking the birds and the bunnies as much as anyone else, but I’m anti-green. Anyway, ecofreaks don’t really care about the birds and the bunnies so much. That’s just a veneer. They actually just hate people and really want them to disappear. At a minimum, they want to control them. And the great global warming/anti-fossil-fuel hysteria is a great way to do it.

International Man: As a part of this agenda, the US, the EU, and OECD countries plan to phase out oil, gas, and other fuels, replacing them with zero or low carbon sources of energy.

What kind of disruptions could we see as the transition is made to energy sources that may not be as reliable?

Doug Casey: Lots of disruptions, many of them both huge and currently unanticipated. The US has 330 million people. Why should decisions for hundreds of millions be made by bureaucrats and political hacks in Washington, DC?

Why should they be the ones who decide what kind of power should or should not be used? That’s a question that nobody asks. People simply assume that that’s the way it should be and largely do as they’re told. They never stop and consider that governments have set progress back immeasurably over history. The main products of government are wars, pogroms, confiscations, taxes, regulations, and the like.

Before you drill an oil well anywhere in the world, it’s necessary to ask permission from one or more government entities. In the Western world, where the public has been captured by the notions of PC and ESG,  governments are loath to issue drilling permits. Drillers don’t want to drill because costs are artificially high, and any profits will be subject to discouraging taxes.

Expect oil production to drop in the West. Throughout the ’50s, ’60s, ’70s, and ’80s, more oil was discovered than was being used. Reserves went up. But that’s no longer the case. It’s not because the oil isn’t there; it’s because it’s too politically incorrect to look for it and exploit it.

Futhermore, scientists, engineers, and investors are staying away from anything to do with fossil fuels. You can plan on both fuel shortages and much higher costs. Markets are being subverted and are becoming ever more politicized.

In addition, so-called “green technologies” aren’t really green. They just seem green on the surface. Giant windmills and solar farms rely on massive amounts of fossil fuels and metals to be manufactured and installed. They have limited lifespans, and they must be disposed of. Not only can’t they provide mass quantities of power consistently, but they all show losses, even after-tax benefits disguise them. That destroys capital. They’re not signs of progress but monuments to waste and destruction. We’re going to have huge disruptions in the energy markets in the years to come, and since the whole world runs on energy, it’s really serious.

International Man: Broadly speaking, is the new climate change “crisis” an invitation for more government intervention in the world?

Doug Casey: Yes. It’s like inviting a vampire into your house.

For many decades, kids have been indoctrinated with ideas about counterproductive conservation and Greenism. Comic books, schoolbooks, teacher’s lectures, television—you name it—present the earth as being under attack from the forces of darkness. Mankind—especially the scientists, engineers, and entrepreneurs—are shown exploiting and raping Mother Nature and her natural resources. They’re presented as evil.

Bronowski’s Ascent of Man has been subverted into a battle of good versus evil, where all the values have been turned upside down. The problem has permeated society, and it’s even worse in the education system.

St. Ignatius Loyola, who founded the Jesuits, and Vladimir Lenin, who founded the USSR, both said words to the effect of “If you can indoctrinate a child during his early years, you’ve basically set his direction of thinking for life.” They were right.

Government is always presented as noble, wise, and forward-thinking. It’s presented as the savior stepping in to stop the evil producers.

It is one of a number of false and horribly destructive memes stalking the earth today like spectres. The increasing belief in government as a magic solution to problems decreases the average person’s standard of living tremendously and creates all kinds of distortions throughout society. It’s turned the study of economics into a pseudoscience, and its incursions into science are discrediting the idea of science itself.

In fact, the two big hysterias plaguing the world right now both center on the State involving itself in science—or at least scientism. One is COVID, a relatively trivial flu blown out of all proportion. The other is AGW, anthropogenic global warming, which was relatively recently rechristened as climate change.

In my view, both will eventually be completely debunked and discredited. But if you run counter to the narrative on either of them right now, you’ll be canceled, fired, and/or ostracized.

It’s very much like what happened to Galileo when he ran counter to the prevailing wisdom of the Middle Ages. They don’t actually burn books anymore, but only because books today are mostly electronic. But they do the equivalent of that on places like Google and Twitter.

There’s an excellent chance that these people will discredit the very idea of science because they’ve wrapped themselves in the veil of science. Or, more precisely, what’s become known as “The Science.” They’re creating something much more serious than just another economic disaster.

We need to ask ourselves; “What happens when the government gets overly involved?” After surviving 12 administrations the answer is, “They usually make things much worse!”

Problems began when the Church splintered in the “reformation” and the monasteries were destroyed in England and the French revolted in the Enlightenment. Europe produced more food in the Middle Ages with the monasteries (farms, hospitals, universities) and the feudal farms than currently in industrialized Europe. Only reason modern world exists is because the Mohammadeans cut off trade routes to the East, forcing Portugal and Spain to launch the Age of Sail and globalization. Unintended consequence was Industrialization and return of usury in international monetary system. Until that is reversed we are ruled by satanic, anti-Christ forces of evil. France… Read more »

Any comments related to Putins last statement on Climate Change in Russia? Article on RT. I thought he was not so much a Carbon Dioxide peal.

https://www.youtube.com/watch?v=E5K5i5Wv7jQ&t=740s
The sole scientist among the original Greenpeace founders:
Q: “How did Human Racism become the dominant operating philosophy of Greenpeace?”
A: Self-loathing. It is a deeplly desstructive mental condition to believe that you are evil.
A: “Why?”
Fear of Death. Doomsday predictions are made throughout history because people believe that when they die, the world will end.