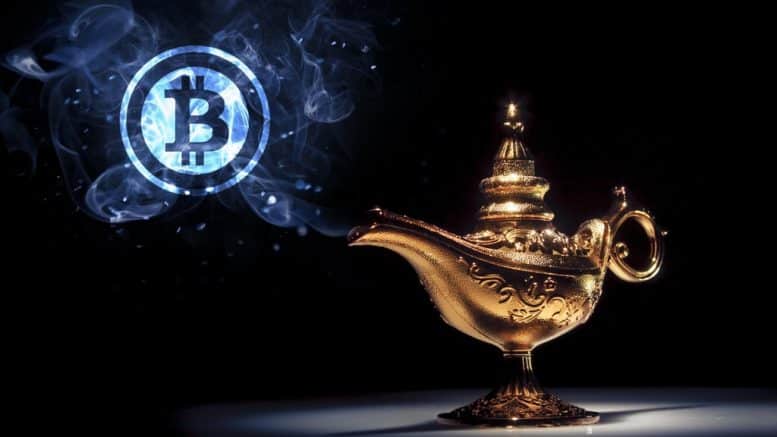 Brandon Smith is one of the first to suggest that the global banking oligarchy appears headed toward a single digital currency that resembles Bitcoin. I fully concur that this is the primary reason for removing physical cash from societies around the world. First, it forces everyone into the digital system and second, it paves the way to convert all the digital currencies into a single currency. Lastly, I fully expect that energy will be the touchstone regulator of the entire system. ⁃ TN Editor

This week the International Monetary Fund shocked some economic analysts with an announcement that America was “no longer first in the world” as a major economic growth engine. This stinging assertion falls exactly in line with the narrative out of the latest G20 summit; that the U.S. is fading away leaving the door open for countries like Germany and China to join forces and fill the power void. I wrote about this rising relationship between these two nations as well as the ongoing controlled demolition of America’s economy in my article ‘The New World Order Will Begin With Germany And China’.

I find it interesting that the IMF is once again taking the lead on perpetuating the image of a failing U.S., just as they often push for the concept of a single global currency system to replace the dollar as the world reserve. The most common faulty counter-argument I run into when outlining the globalist agenda to supplant the dollar with the Special Drawing Rights basket system is that “the IMF is a U.S. government controlled organization that would never undermine U.S. authority.” Obviously, the people who make this argument have been thoroughly duped.

The IMF is constantly and actively undermining America’s economic position, because the IMF is NOT an American controlled organization; its loyalty is to globalism as an ideology as well as the international financiers that dominate central banking. America’s supposed “veto power” within the IMF is incidental and meaningless — it has not stopped the IMF from chasing the replacement of the the dollar structure and forming the fiscal ties that stand as the root of what they sometimes call the “global economic reset.”

To illustrate how the IMF narrative supports the globalist narrative, I suggest comparing the 2009 “predictions” of George Soros on China replacing the U.S. as the world’s economic engine to the IMF’s latest analysis on the decline of America.

The IMF cares only about centralizing everything, from currency to trade to governance. If the sacrifice of the old world system (the U.S. dollar) is required to create their new world system, then that is what they will do. If you have read my article ‘The Federal Reserve Is A Saboteur — And The “Experts” Are Oblivious’, then you understand that the Fed is also perfectly on board with this plan for a global reset. The central bankers, regardless of the nation they happen to reside, stick together and function as agents of larger controlling organisms like the Bank for International Settlements.

The agenda is not really veiled in secrecy, as it has been openly admitted to on numerous occasions by globalist media outlets. Mohamed El-Erian, former CEO of PIMCO, recently praised the concept of using the IMF SDR as a world currency mechanism and as a means to combat “the rise of populism.” However, the most “honest” of these incidences of admission was, of course, the article Get Ready For The Phoenix published in the Rothschild controlled magazine The Economist in 1988; an article which announced the beginning of a new global currency mechanism using the SDR as a bridge starting in 2018.

I have noticed in the past month that there has been a concerted disinformation campaign on the internet attempting to debunk the article from The Economist by stating that it “never really existed” and is merely a product of conspiracy websites. So, I will put that claim to rest right now, permanently, by pointing out that magazine and research archives completely unrelated to “conspiracy theory” have the Phoenix issue on record. It is undeniable — the article was indeed published by The Economist and does in fact exist.

Critics of the notion of a single global monetary framework tend to dismiss any evidence of the plan, usually due to their poor understanding of how currencies rise and fall and a poor understanding of the current monetary climate. They will argue that the SDR basket does not have the capacity to replace the dollar and that there is no other mechanism in the world with the liquidity to do so. In other words, “Where is this global currency going to come from?”

The fact is, it already exists, and it is right under their noses.

When The Economist wrote about a global currency being launched in 2018, they perhaps did not have a precise inkling back then on how it would come about. They do mention clearly the strategy of using the IMF’s SDR as a stepping stone to that global currency, calling it the “Phoenix,” as an example. They also mention the decline of the U.S. as being necessary in the wake of this shift into complete centralization.

These two events are taking place right now, with the American economy in steady and ever steeper destabilization, as well as the rise of the SDR basket as a “stopgap” for nations seeking to decouple from the dollar as the world reserve. But what about the currency itself? The SDR might be the framework that will reign in various nations under one nefarious economic umbrella, allowing the IMF to dictate currency exchange rates at will until their one world system can be established, but what will the average person ultimately be using as a unit of trade and how will the globalists maintain monetary subjugation over the public?

Cryptocurrency and the creation of blockchain technology is the answer.

When The Economist wrote about a global currency being initiated in 2018, they were not making a prediction, but a proclamation — a self fulfilling prophecy. This does not mean that the new currency will develop in an obvious and open way. In reality, I can’t think of very many 4th generation psy-ops as clever as cryptocurrencies.

I told my friends two years ago that this was the real reason for the creation of Bitcoin; to push people who would otherwise resist into the cashless system, by selling it as a means of resistance. Once a tipping point is reached, paper currencies can be collapsed, creating an “emergency” allowing the central banks to trot out their own centrally issued one world altcoin as the solution. All others will be criminalized. Incidentally, this overall agenda is the reason behind China’s refusal to control its lap dog. China does not run China, the central bankers and their cronies do.… Read more »