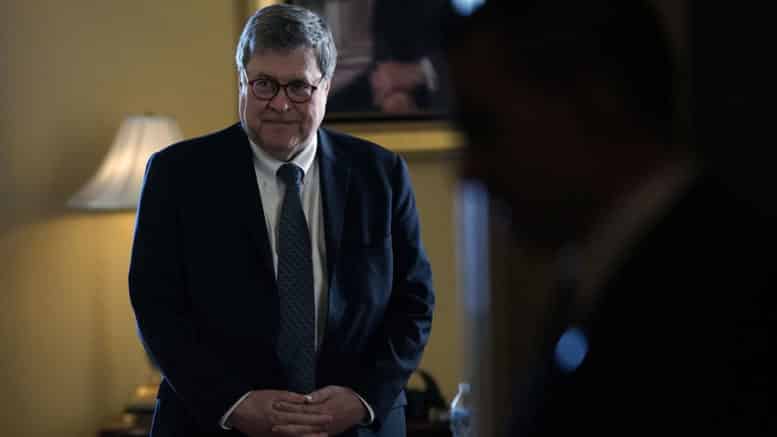 Please Share This Story!
PDF 📄
Trump nominee for AG, William Barr, is no friend of the U.S. Constitution. His record on warrantless surveillance will encourage mass government surveillance of innocent American citizens, gutting the protections of the Fourth Amendment.  ⁃ TN Editor

Sen. Rand Paul, R-Ky., announced on Monday that he will oppose President Trump’s nominee for attorney general, William Barr, decrying him as the “chief advocate for warrantless surveillance.”

Paul is right. Sadly, Barr is expected to soon pass his confirmation vote with near-unanimous Republican support and some support from Democrats, showing that the evisceration of the Fourth Amendment’s protections against unreasonable search and seizure has been normalized. After all, Barr has a troubling record on civil liberties: He played a crucial role in the creation of the modern surveillance state and has long advocated the unjust seizure of property through civil asset forfeiture. His history reveals a contempt for essential civil liberties protected by the Constitution.

While serving as attorney general under former President George H.W. Bush in 1992, Barr directed the Drug Enforcement Administration to collect bulk phone data on millions of people, most of whom weren’t even suspected of a crime. This program laid the groundwork for the National Security Agency’s phone record collection authorized by the PATRIOT Act a decade later. All this led the American Civil Liberties Union to dub Barr “The Godfather” of the NSA’s bulk data collection program.

Barr continued to be a cheerleader for warrantless surveillance even after the PATRIOT Act’s passage. During congressional testimony in 2003, he called the bill a “major step forward.” He went on to say that the Foreign Intelligence Surveillance Act, the law that authorizes foreign surveillance and has been abused to surveil, “remains too restrictive” because it “still requires that the government establish probable cause that an individual is either a ‘foreign power’ or an ‘agent of a foreign power.’” In other words, Barr objects to the idea that the government should need a warrant before it can spy on citizens.

When grilled by Sen. Patrick Leahy, D-Vt., on whether or not his views on the Fourth Amendment have evolved in the wake of last year’s landmark Supreme Court ruling in Carpenter v. United States, Barr said he hadn’t read the ruling. Carpenter held that collecting cell-site records, including location data on a citizen, without a warrant, was unconstitutional. Barr’s apparent ignorance on this case is particularly relevant because he has supported the “third party doctrine,” which argues that Americans have no expectation of privacy in records held by third parties, such as cellphone providers.

All attorneys are garbage.