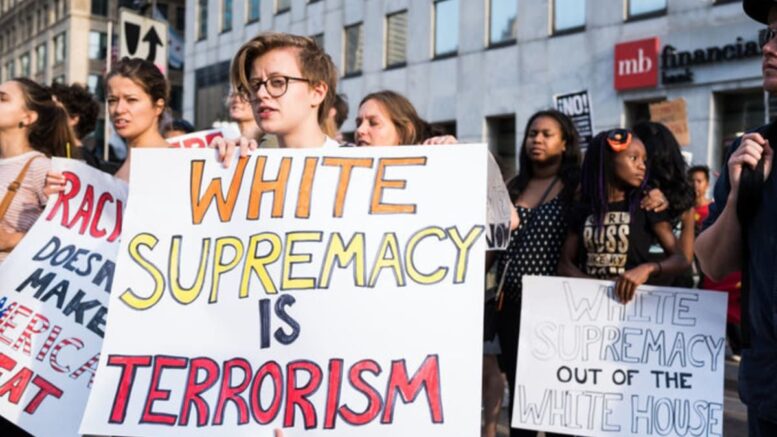 Posted By: Ivan Pentchoukov via The Epoch Times July 27, 2021

Please Share This Story!
PDF 📄
Major Governments are pivoting from tracking Islamic terrorists to surveilling white supremacists and domestic terrorists. Government data is being shoveled to a private organization funded by Big Tech in order to crush dissent and opposition. ⁃ TN Editor

A private counterterrorism group formed by the world’s biggest tech companies, including Facebook, Google, and Microsoft, will use lists produced by government intelligence agencies to police content by white supremacists, militias and other extremist groups, according to Reuters.

The database maintained by the Global Internet Forum to Counter Terrorism (GIFCT) has, until recently, focused on videos and images from terrorist groups on a United Nations list, and so has largely consisted of content from Islamist extremist organizations such as ISIS, al Qaeda, and the Taliban.

The group told Reuters that it will now vastly expand the database using lists from Five Eyes—an alliance of government intelligence agencies comprised of Australia, Canada, New Zealand, the United Kingdom, and the United States—to target white supremacists and militias, including groups like the Proud Boys, the Three Percenters, and neo-Nazis.

GIFCT did not immediately respond to a request for more details or for a comment on its cooperation with Five Eyes. According to the report released on its website this month, the group said it would target “Five Eyes designated far-right extremist terrorist organizations.”

The members of GIFCT share “hashes,” unique numerical representations of original pieces of content that have been removed from their services. Other platforms use these to identify the same content on their own sites in order to review or remove it.

GIFCT has faced criticism and concerns from some human and digital rights groups over centralized or over-broad censorship.

“This expansion of the GIFCT hash database only intensifies the need for GIFCT to improve the transparency and accountability of these content-blocking resources,” Emma Llanso, director of free expression at the Center for Democracy and Technology, said in a statement. “As the database expands, the risks of mistaken takedown only increase.”

GIFCT’s Executive Director Nicholas Rasmussen said that “over-achievement in this takes you in the direction of violating someone’s rights on the internet to engage in free expression.”