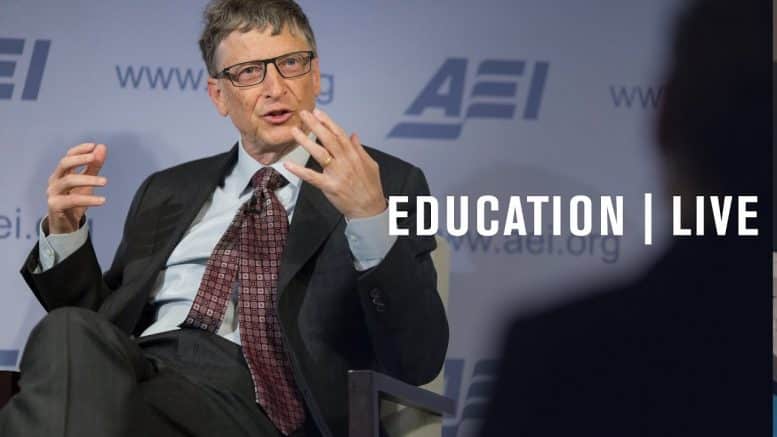 Technocrats like Gates are advancing thanks to ‘advocacy philanthropy’ that funnels donations to restructure government and activities. More specifically, it targets and manipulates how public funds are spent. Gates is not a Communist or a Fascist – he is a Technocrat! ⁃ TN Editor

It looks like this is as close to an apology or admission of failure as we’re going to get, folks. Sorry about that $4 trillion and mangled years of education for American K-12 kids and teachers.

Bill and Melinda Gates run the world’s richest nonprofit, with assets at $40 billion and annual giving around $4 billion. They have helped pioneer a mega-giving strategy called “advocacy philanthropy,” which aims to use private donations to shift how governments structure their activities and use taxpayer dollars.

Since 2009, the Gates Foundation’s primary U.S. activity has focused on establishing and implementing Common Core, a set of centrally mandated curriculum rules and tests for what children are to learn in each K-12 grade, with the results linked to school and teacher ratings and punitive measures for low performers. The Gates Foundation has spent more than $400 million itself and influenced $4 trillion in U.S. taxpayer fundstowards this goal. Eight years later, however, Bill Gates is admitting failure on that project, and a “pivot” to another that is not likely to go any better.

“Based on everything we have learned in the past 17 years, we are evolving our education strategy,” Gates wrote on his blog as a preface to a speech he gave last week in Cleveland. He followed this by detailing how U.S. education has essentially made little improvement in the years since he and his foundation — working so closely with the Obama administration that federal officials regularly consulted foundation employees and waived ethics laws to hire several — began redirecting trillions of public dollars towards programs he now admits haven’t accomplished much.

“If there is one thing I have learned,” Gates says in concluding his speech, “it is that no matter how enthusiastic we might be about one approach or another, the decision to go from pilot to wide-scale usage is ultimately and always something that has to be decided by you and others the field.” If this statement encompasses his Common Core debacle, Gates could have at least the humility to recall that Common Core had no pilotbefore he took it national. There wasn’t even a draft available to the public before the Obama administration hooked states into contracts, many of which were ghostwritten with Gates funds, pledging they’d buy that pig in a poke.

But it looks like this is as close to an apology or admission of failure as we’re going to get, folks. Sorry about that $4 trillion and mangled years of education for American K-12 kids and teachers. Failing with your kids and money for eight years is slowly getting billionaire visionaries to “evolve” and pledge to respect the hoi polloi a little more, though, so be grateful.

While Gates will continue to dump money into curricula and teacher training based on Common Core, “we will no longer invest directly in new initiatives based on teacher evaluations and ratings,” he said. This is the portion of the Common Core initiative around which bipartisan grassroots opposition coalesced, since unions oppose accountability for teachers and parents oppose terrible ideas thrust upon their kids without their input. Gates’ speech reinforces that Common Core supporters are scapegoating their initiative’s poor quality and transgression against the American right to self-government upon its links to using poorly constructed, experimental tests to rate teachers and schools.

Just wondering if there’s any relationship between “he is a Technocrat!” and (He is a Satanist!)?

Traditional repetition education in basics gramma and math are universal and best. All other bs is ideological brainwash to suit either political targets.
Unfortunately these Oligarchs and funded NGOs make a lot of unnecessary trouble and disturbance in poor societies with their money.