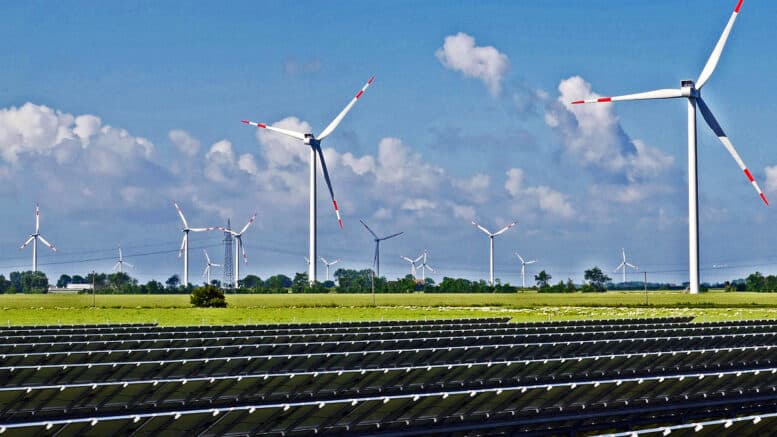 Please Share This Story!
PDF 📄
Control over energy has been a goal of Technocracy since the 1930s, but first that requires the destruction of fossil fuel (which is incredibly abundant, cheap and reliable) and nuclear power (also cheap and reliable). California has led the way in renewables (which are highly controllable) and is now suffering the consequences. ⁃ TN Editor

Amid a heatwave in the West, the largest U.S. solar state, California, is grappling with power issues and with keeping its electricity grid stable as demand exceeds supply. And in a looming renewable future, those power disruptions just might be a sign of things to come.

California energy consumers were warned of rolling outages as there is insufficient energy to meet the high demand during the heatwave, the California Independent System Operator (ISO) said over the weekend.

The warning to Californians about the outages and strained grid should serve as a warning for policymakers and system operators across the United States and elsewhere: a rush to boost renewable energy power generation should be coupled with – and even preceded by – more careful planning on how to ensure the reliability and stability of the power grid.

In the case of California, where solar power supplies more than 20 percent of electricity as per the Solar Energy Industries Association (SEIA), the rolling outages this week were the worst such outages since the 2000-2001 energy crisis in the state.

Some blame the current power crisis on California’s aggressive renewable energy rollout and retirement of natural gas-powered plants. Others say that there is a way for the state to reconcile renewables with reliability, although this would not come in the near term and certainly not soon enough to help with the current power supply issues.

It would seem that California has put the renewable cart before the proverbial horse.

The blame game and the debate about how exactly to cope with reliability in a heavily renewable power grid highlight the fact that meeting clean energy goals and reducing emissions should be made only after careful planning on how to ensure reliable power supply to customers and how to prepare the grid for an increased share of solar and wind power.

Earlier this week, California Governor Gavin Newsom sent a letter to California Independent System Operator (CAISO), the California Public Utilities Commission (CPUC), and the California Energy Commission (CEC), demanding “an investigation into the service disruptions that occurred over the weekend and the energy agencies’ failure to predict and mitigate them.”

At the same time, Governor Newsom signed an emergency proclamation designed to free up energy capacity and reduce the need for temporary energy service disruptions.

“These blackouts, which occurred without prior warning or enough time for preparation, are unacceptable and unbefitting of the nation’s largest and most innovative state,” Governor Newsom wrote in the letter.

Are Renewables To Blame For Outages?

In a joint response to the letter, CAISO, CPUC, and CEC said that California’s clean energy plans were not to blame for the rotating outage, although they needed to do more to integrate renewables into the grid.

“Our organizations understand the impacts wind and solar have on the grid. We have already taken many steps to integrate these resources, but we clearly need to do more. Clean energy and reliable energy are not contradictory goals.”

The current situation, however, would suggest that that is indeed the case at present.

CAISO President Stephen Berberich said at a meeting on Monday, as carried by Greentech Media, “The situation we are in could have been avoided.”

The grid operator has been warning regulators for years about the insufficient availability of power supply during the so-called net peak in the evenings when solar power generation is no longer available.

CAISO has warned that “there is inadequate power available during the net peak, the hours when the solar [generation] has left the system,” Berberich said.

“California, in many ways, is the canary in the coal mine,” Todd Snitchler, CEO at nationwide trade group Electric Power Supply Association, told The Wall Street Journal.

“Many of the natural-gas units that some in California would like to see go away have been exactly what’s needed to keep the system operating,” Snitchler told the Journal.

Renewables Didn’t Cause California Blackouts, Experts Correct the RecordWednesday, Aug 26 2020 SHARE https://www.seia.org/themes/seia/images/icon/icon-facebook.svg https://www.seia.org/themes/seia/images/icon/icon-twitter.svg CAISO, CPUC & California Energy Commission | Joint letter to Governor Gavin Newsom“Collectively, our organizations want to be clear about one factor that did not cause the rotating outage: California’s commitment to clean energy. Renewable energy did not cause the rotating outages. Our organizations understand the impacts wind and solar have on the grid. We have already taken many steps to integrate these resources, but we clearly need to do more. Clean energy and reliable energy are not contradictory goals.” Leah Stokes, Assistant Professor of Policy at UC… Read more »

…………the works of the HIGHER POWERS. AGENDA 21 and Beyond; THE UNITED NATIONS of THE ONE WORLD ORDER……to control the people.