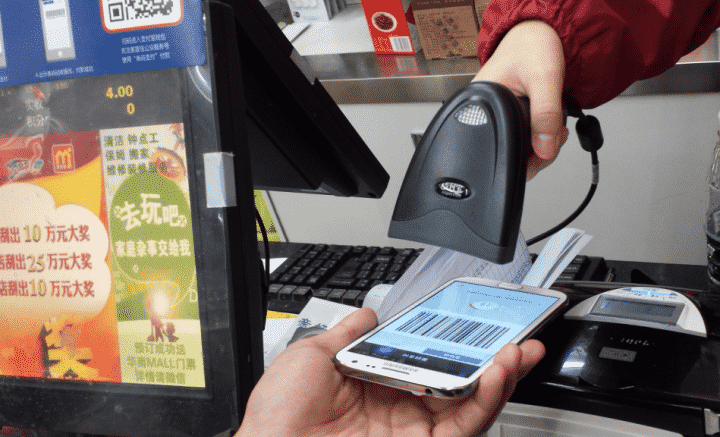 The subhead states that “the dominance of mobile transactions lends itself to greater data collection by the Chinese government.” There is little more that needs to be said about Technocracy’s rapid ascent in China. ⁃ TN Editor

The transformation of a society limited to bills denominated in 100 yuan ($15) or less into one where QR payment codes abound was by far the biggest change in mainland China since my last visit four years ago.

When eating out or shopping with local friends, they paid by scanning a QR code on the restaurant table or by showing a similar code on their smartphones to the store clerk. A spices shop, museum souvenir store and seller of traditional Chinese calligraphy brushes all had signs saying they accepted mobile pay.

Rather than, “Do you take credit card?” the question was often “Do you take Alipay? WeChat Pay?” The running joke was that street beggars would rather take a mobile donation rather than cash.

Mobile payment volume in the country more than doubled to $5 trillion in 2016, according to Analysys data cited by Hillhouse Capital in a May report. In the first quarter of this year, Alipay had 54 percent of that mobile payments market, while WeChat Pay accounted for 40 percent, the study showed.

Just over the border in Hong Kong, I heard a few mainland Chinese customers asking a store clerk to scan their phones’ QR codes while Cantonese-speaking locals paid in cash. In April, Nikkei reported that the number of stores accepting Alipay in Japan will double to 45,000 this year, according to the regional head of Ant Financial Services.

The growth of mobile pay in China comes off a solid base of smartphone users. The ubiquitous WeChat messaging app from Chinese technology giant Tencentreached 963 million monthly active users in the second quarter. In professional settings, adding each other on WeChat sometimes replaced business card exchanges.

Alipay is owned by Alibaba affiliate Ant Financial Services and has 520 million users, according to its international website.

The app is linked to online money market fund Yu’e bao, encouraging users to invest and spend with Alipay. Attractive interest rates of nearly 4 percent or more have turned it into the largest money market fund in the world, with 1.43 trillion yuan ($217 billion) as of the end of June, according to state media reports citing Yu’e bao’s manager, Tianhong Asset Management.

“We expect China ePayments to quadruple to Rmb300tn, while eWealthmanagement AUM and eFinancing could triple to Rmb 6.7tn and Rmb 3.5tn by [2021],” Elinor Leung, head of Asia Telecom and Internet Research at CLSA, said in a September 5 report.