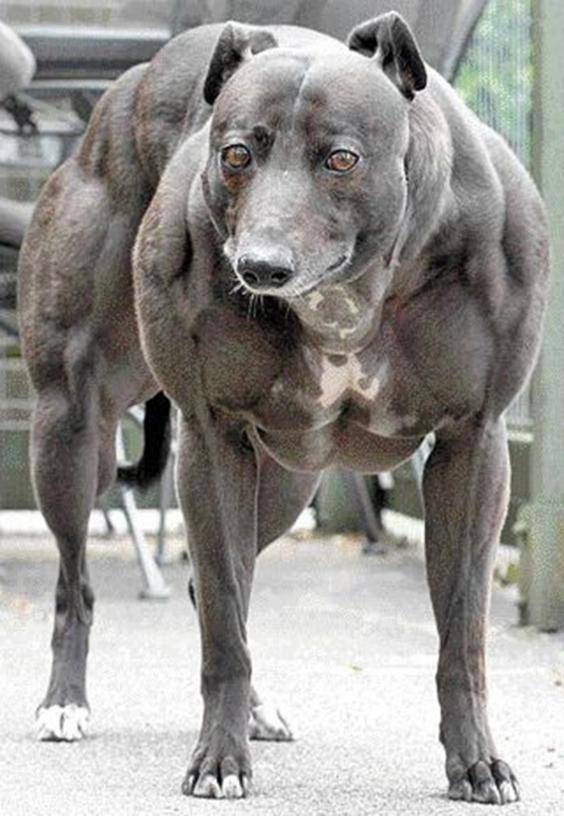 TN Note: First come the animals, then come humans. Chinese scientists are not constrained by ethics or scientific peers in creating odd animals using genetic modification. Just yesterday, it was revealed that micro-pigs were showcased in China. Now its muscle-bound whippets. It is just a matter of time before genetic modification for bizarre human traits are announced.

Chinese scientists have created genetically-engineered, extra-muscular dogs, after editing the genes of the animals for the first time.

The scientists create beagles that have double the amount of muscle mass by deleting a certain gene, reports the MIT Technology Review. The mutant dogs have “more muscles and are expected to have stronger running ability, which is good for hunting, police (military) applications”, Liangxue Lai, one of the researchers on the project, told the magazine.

Now the team hope to go on to create other modified dogs, including those that are engineered to have human diseases like muscular dystrophy or Parkinson’s. Since dogs’ anatomy is similar to those of humans’, intentionally creating dogs with certain human genetic traits could allow scientists to further understand how they occur.

To create the dogs, researchers edit out the myostatin gene. If that is inhibited, animals can gain significantly more muscle mass and become much stronger than usual.

Recent developments in genome editing allow scientists to edit out or change genes relatively easily. The scientists said that the muscular dogs were mostly a proof of concept, and that they hope to go on to create more edited dogs.