Countries Kiss, Kiss, Kiss Up To UN For Seat On Security Council 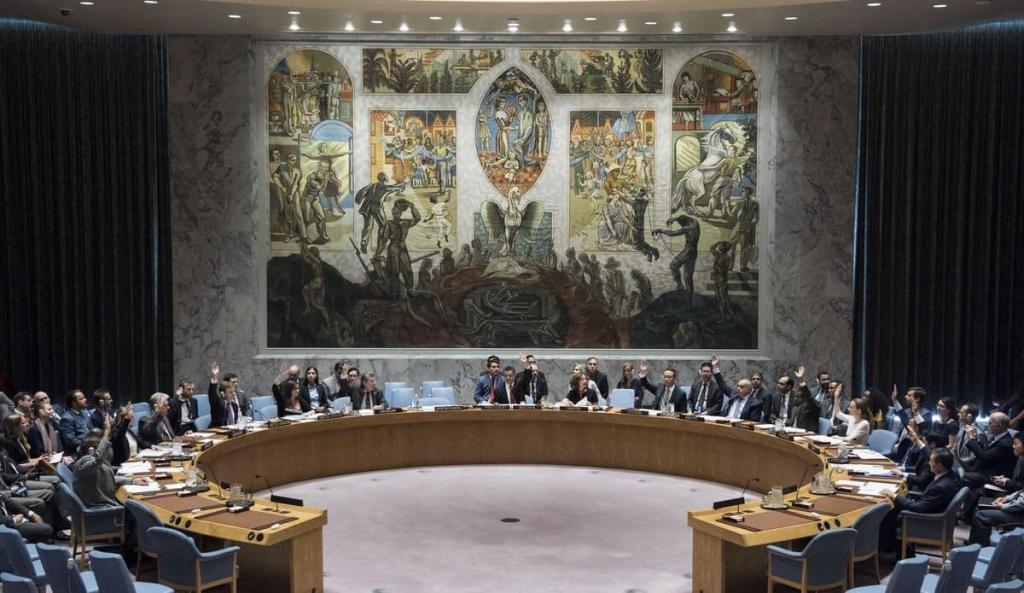 Every nation wants a seat on the UN’s powerful Security Council and will go to any lengths to get it. Campaigning is lavish, extravagant, expensive and at times more ludicrous than a prime-time reality show. ⁃ TN Editor

Glad-handing, parties and concerts by U2 and Celine Dion – how countries campaign for a seat on the United Nations Security Council.

It likely won’t come down to the gift bags or the parties but that doesn’t mean Canada, Norway and Ireland are leaving it to chance.

From Norway, General Assembly delegations will get a badge covered with fabric from the tapestry used to decorate the council chamber’s walls.

The small tokens for delegations ahead of the 17 June vote come after lengthy campaigns by the three nations for one of two coveted non-permanent seats up for grabs on the security council, which is tasked with ensuring global peace and security,

The seats they are campaigning for are set aside for the “Western Europe and Others” [WEOG] regional grouping on the council.

The winners will serve a two-year term on the 15-member body.

Campaign season for the contested seats means “a lot of parties, a lot of events” at the UN’s headquarters in New York, says Stephanie Fillion, a journalist who covers the global body for news site PassBlue.

Campaigns can be elaborate affairs with slick promotional materials and plenty of wining and dining, and countries announce they will run years in advance.

In 2018, Ireland invited diplomats to a New York concert by Irish rockers U2, and Canada did something similar for a concert by Canadian songstress Celine Dion this year.

Why do countries want a seat on the council?

Member states get three things in return for a seat, says Adam Chapnick, a professor of defence studies at the Royal Military College of Canada.

“For two years, day in and day out, a country that is not a great power will have direct access to the five permanent members in addition to whomever else might be on the council at that time,” he says.

“All of a sudden you’re really popular around the world because if somebody else can’t reach the Chinese or the Americans or the French, they know you can.”