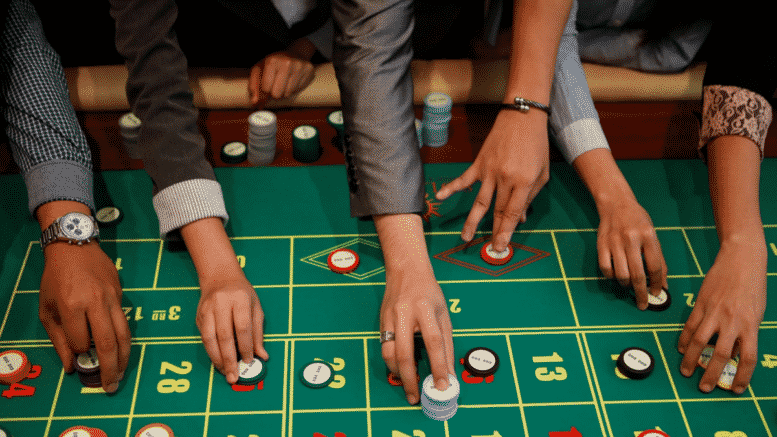 Please Share This Story!
PDF 📄
In the 2007-2008 financial meltdown, it was so-called ‘derivative’ market that almost toppled the world. Derivatives are bets on future market or economic behavior and loose no consequences until certain triggers are pulled. Estimates of the size of the derivatives market are in the quadtrillions. ⁃ TN Editor

The U.S. agency that had once been the great hope of the cryptocurrency world is now issuing strong warnings to the industry that it’s in danger of echoing the toxic culture before the 2008 financial crisis.

Michael Hsu, the acting chief of the Office of the Comptroller of the Currency, argued Tuesday that cryptocurrencies and decentralized finance may be evolving into threats to the financial system in much the same way certain derivatives brought it near collapse more than a decade ago. Notorious credit default swaps were engineered by math wizards in much the same way crypto has emerged, he said.

“Crypto/DeFi today is on a path that looks similar to CDS in the early 2000’s,” Hsu told the Blockchain Association in a webcast. “Fortunately, this group has the power to change paths and avoid a crisis.”

OCC had previously been run by a former Coinbase Global Inc. executive, Brian P. Brooks, who led a pro-crypto charge to establish policies more welcoming to the industry and to provide some of the firms banking charters. When he was installed at the OCC by Treasury Secretary Janet Yellen, Hsu put its crypto-friendly policies on hold and has been among regulators calling for a new, unified approach across agencies.

Hsu — adopting a skeptical tone similar to Securities and Exchange Commission Chairman Gary Gensler’s — said he is troubled by the industry’s high-yield savings products, and asked, “How are the returns generated? It is hard to get straight answers that don’t quickly devolve into cryptospeak.”

We all know the banks are going to introduce crypto they control and we also know banks always operate in a monopoly. Seems to me they have started the propaganda campaign to demonise their competition before they enter the market. So easy to predict once you understand they have no problem taking criminal actions to achieve their objectives. They all deserve life sentence jail time