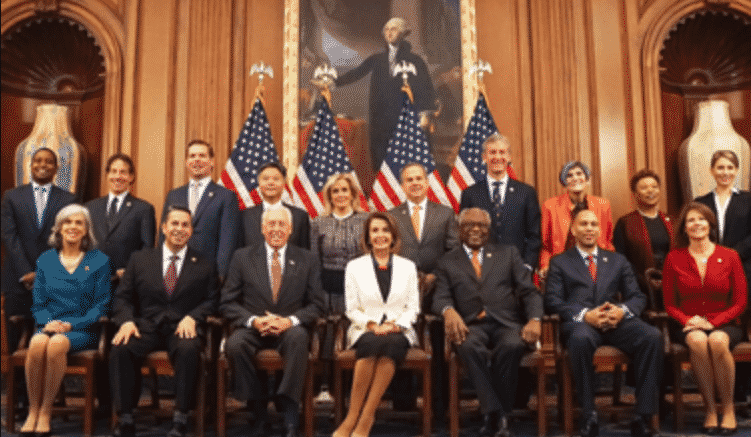 Please Share This Story!
PDF 📄
Technocrats are fixed on realizing the Green New Deal, aka Technocracy, by hook or by crook. The GND is regressive and will result in economic destruction rather than nirvana, and many Republicans are on board with “deep transformation” spoken of by the United Nations. ⁃ TN Editor

In recent weeks, House Democrats have begun to signal how they would govern if given unified control of the federal government. While they will take what they can get from COVID-19 relief bills and conventional extender-type legislation, they have also begun to introduce “shoot for the moon” measures that reveal their unified government ambitions. One area in which this has been crystal clear has been the “Green New Deal,” a series of proposals to bring a radical environmental agenda to all areas of our lives.

The most straightforward way to conduct a major reform campaign in modern government is through the tax code, and that’s true for both parties. Want to promote school choice? Create a tax credit voucher. Ditto for helping people pay for health insurance premiums, or save for retirement, or afford child care, or invest in new business equipment.

The reason is simple: the Senate. Unlike the House of Representatives, which has a Rules Committee dominated by the speaker and allows for virtually anything to pass with a bare majority vote, the Senate has always had slower, super-majoritarian roadblocks to hasty lawmaking. Most notably, a determined Senate minority may try to block a motion to proceed or a cloture motion, which in practice requires 60 votes out of 100 senators to overcome. This may be a moot point in a Senate overseen by current Minority Leader Chuck Schumer, who has expressed a willingness to explore invoking the “nuclear option” on the legislative calendar, allowing bills to pass with a simple majority vote. In order for this to occur, a resolved and ample Senate Democrat majority would have to do so, which may or may not materialize in 2021 no matter how well their party does this fall.

Advocates of the “Green New Deal” know this, and they want to use the tax code to put in place most of their domestic policy goals for a simple reason — there is a workaround to the Senate’s hoary super-majority impediments called “budget reconciliation.” Under these rules, which have been used by both parties to advance everything from Obamacare to the Trump tax cuts, a simple Senate majority is all that’s required to pass entitlement spending and tax legislation, provided the deficit is not increased outside the budget window. Democrats are sure to include enough tax increases to more than offset “Green New Deal” junk tax credits, so reconciliation is an attractive option. Why make 60-vote law when you can accomplish the same goal with a 51-vote tax bill?

That strategy emerged not once, but twice, in the past couple of weeks. The first is a catch-all “Green New Deal” plan called the “Moving Forward Act,” a kind of “Contract with America” for radical environmentalists. The second was a more conventional highway funding reauthorization pork-barrel bill, but it contained a raft of green tax credits and other tax code atrocities.

By way of example, each of these bills contains an extension of the supposedly-phasing out investment tax credit, which provides tax breaks for the purchase of green energy equipment such as solar panels and geothermal converters. They also want to expand the investment tax credit to include energy storage devices. The bills would extend this expanded tax credit to 2025.

The investment tax credit began in 2005 as a “temporary” market support to then-emerging green energy providers. It was supposed to wind down by 2015 but was extended all the way to 2021. Last December, Congress decided to keep this phaseout schedule in place, except for certain aspects of windmill energy. By advocating a further extension to 2025, congressional Democrats have made it clear they never want the credit to go away.

It’s not as if these “Green New Deal” companies are startup firms struggling to claw out market share. Renewable energy is now nearly one-fifth of all electricity produced in the country. These companies are great investments, with or without a consumer tax credit to spur demand for their products — that’s why private equity firms are getting in on the act.