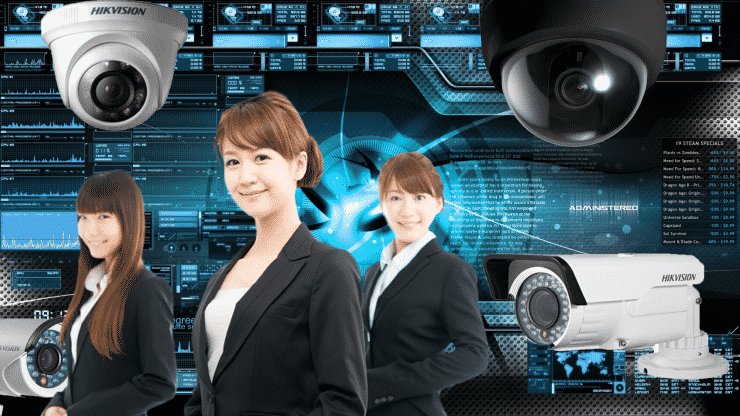 Please Share This Story!
PDF 📄
The author asks the right question (in red below) but proceeds to give the wrong answer. Rather, authoritarian Technocracy is experiencing a global coup d’etat of epic proportions. More people are waking up to this but propagandists and apologists try to put them back to sleep. ⁃ TN Editor

The Covid-19 pandemic has led many to question the fate of liberal democracy vis-à-vis its authoritarian alternatives. China’s swift success contrasts with America’s debacle and makes one wonder about humanity’s political future.

Could the future belong to some blend of China’s party-state and Singaporean-style technocracy?

In fact, Covid-19 has neither disproved the continued viability of democracy nor proved the superiority of autocratic models. There are autocratic countries that have screwed up their covid response, and there are democracies that have coped exceptionally well. Most countries, though, fall in the middling category in how they handled the spread of the disease. This group features all sorts of political regimes, including Russia and the majority of European states.

The pandemic did shatter some entrenched notions about democracies and autocracies. One of them is the value of human life. We have always been taught to believe that Western liberal democracies are the ones that care the most about human rights and human lives, whereas autocratic and totalitarian governments consider their subjects expendable in pursuit of the economic or geopolitical objectives of the state. But, what, then, can one make of the stark fact that authoritarian China took dramatic measures to protect its population from the virus, even though Beijing understood it would deal a hard blow to the all-important economic growth? At the same time, quite a few liberal democracies hesitated over the choice between saving human lives and the well-being of the economy. The president of one major Western country reportedly suggested allowing the coronavirus “wash over” the country. The prime minister of another flirted with the idea of “herd immunity.” The quintessential liberal democracy Sweden actually chose the normal functioning of the economy over the maximum protection of human life. Curiously, it was joined in this choice by Europe’s “last dictatorship” – the Belarus of Alexander Lukashenko.

In 1989 the American political theorist Francis Fukuyama famously pronounced the end of history. The Soviet Union was collapsing and the offspring of the Chinese elite, returning from American colleges, were supposed to turn communist China into a Westernized democracy. Thirty years on, Putin’s Russia is allegedly undermining the foundations of the American democratic polity while the very same Fukuyama is darkly warning about the grave threat from a “neo-totalitarian” China.

There is no denying that since the late 1980s the number of democracies has increased worldwide. But there are still precious few examples of liberal democracy successfully taking root outside the North Atlantic core where it originated. Let’s look at China’s neighborhood in Asia, for instance. Even those Asian nations that are held up as success stories of political liberalism may not quite look so upon closer examination. Just ask a gay person from South Korea what life is like for sexual minorities in their country.  Strictly authoritarian Vietnam is apparently more advanced in terms of LGBT rights than democratic South Korea. India is, of course, the world’s largest democracy, even though it has hardly ever been a liberal one. But under the Hindu nationalistic BJP rule, with Narendra Modi at the helm, the country is seen by many as evolving toward outright authoritarianism.  Another major democracy in Asia has for many decades been ruled by one party, called, of all names, the Liberal Democratic Party of Japan. Despite being governed by ‘liberals,’ Japan has, well, some issues with democracy, including a deepening erosion of press freedom.

Just as purported liberal democracies may not be so liberal after all, authoritarian regimes may in fact be less despotic than they are portrayed. Putin’s Russia, in particular, is a hybrid regime that creatively mixes the elements of Western democratic institutions with traditional Russian autocracy. The supposed dictator Putin is known to be extremely sensitive to his public approval ratings, which is probably one indication that people matter in Russia’s political system. We have no idea whether Xi Jinping carefully monitors his approval ratings among the Chinese citizenry, but there is no doubt Xi and the Chinese Communist Party are acutely aware that their continued rule depends on the acceptance and approval from the 1.4 billion Chinese. In other words, at least for some non-democratic regimes, popular legitimacy is no less important than for democratic ones – and maybe even more so.

I love reading your articles thank you very much for keeping us informed .

I’m not sure I can say I like the article or, for that matter, that I agree with most of it’s text. However, it’s the Editor’s note, that drove me to write this: “authoritarian Technocracy is experiencing a global coup d’etat of epic proportions” I don’t agree with that assertion – I see an escalation of legislation in Europe, under cover of the plandemic, that is shooting straight into to the “sustainable development” crap and that scares me to death! I grew up under a dictatorship that was child’s play, when compared with the present authoritarian police state in Europe,… Read more »

“The world is facing a very grim future, that nothing (short of a miracle or a natural disaster of Biblical proportions) can prevent.” Either way there is no changing what God says in his word that IS GOING TO HAPPEN. The world has abandoned any fear of God, but fears man instead. Your comment shows that. You want to know what is going to happen? “Now I (Jesus) tell you before it comes, that when it does come to pass, you may believe that I am He. Verily, verily, I say unto you He that receiveth whomsoever I send receiveth… Read more »

Basket case. There are so many things happening simultaneously it’s like a basket full of eggs. Each one with a label: climate, corona, China. The U.N. WHO. 5G. Brexit/post Brexit. Internet censorship. Democrats, Republicans. Left V Right. Rent a rioter. Some of the eggs have names: Gates, Soros, Schmidt, Fauci, Ferguson. Rockefeller. Rothschild.   It is easy to think of it all as an omelette. Or maybe even scrambled eggs. Stirred up by a single hand, a master chef.   It’s more useful to think of the basket as being full of individual eggs. Some with connections to others. Some… Read more »

Individually what needs to be done is to get right with the God of the Bible. Time is short! The Bible is 1/3 prophecy with 100 % accuracy which is proof the words therein are true. There is no other truth than that which is in the Bible. https://www.christianbook.com/kjv-personal-size-giant-reference-burgundy/9781598561036/pd/561030?event=AAI