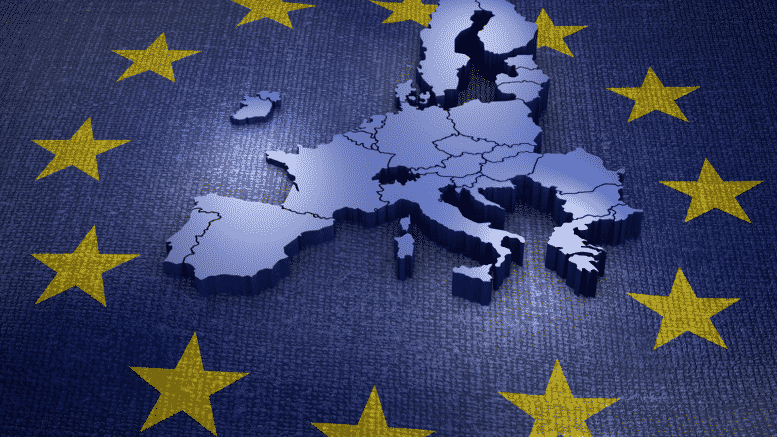 Please Share This Story!
PDF 📄
Europe is marching to the same Great Reset drum as America: restriction of energy will drive the economy into a downward spiral that will be almost impossibly to stop once it is in motion. Next to China, the EU is the poster child of Technocracy, run by unelected and unaccountable Technocrats. ⁃ TN Editor

Despite the fact the bloc is wrestling with a crippling energy crisis, the EU has passed legislation putting further curbs on carbon emissions.

Having initially failed to pass the European parliament two weeks ago in part thanks to Conservative and Populist politicians voting against the measure, the EU has now managed to push through a further climate crazy clampdown on carbon emissions.

Being implemented despite the fact that many nations within the union are experiencing a crippling energy crisis, the move has been described by one MEP as condemning the EU to generations of poverty.

Part of the bloc’s “Fit for 55” plan to cut union-wide emissions by 55 per cent, the initially rejected measures passed on Wednesday significantly expand the EU’s regime of carbon trading, something critics claim will result in higher costs for both individuals and businesses.

“By passing the Fit for 55 legislation, the European Parliament has condemned the European Union to have no future and its citizens to poverty for generations to come,” Cristian Terhes MEP told Breitbart Europe shortly after parliament voted to implement the once rejected measures.

“This legislation is part of the “ambitious” plan of Ursula von der Leyen to change the behaviour of Europeans through higher taxes and prices, as well as more restrictions,” the Romanian conservative continued. “Not only will this legislation will make the EU less attractive for businesses, but it will also push current businesses to escape the EU.”

“People will be left with less jobs, less opportunities and will barely make ends meet from one month to another,” Terhes went on to say, adding that those within the bloc were already feeling the costs of the EU’s ‘utopian dreams’.

The European Union’s expansion of its carbon trading system — along with a host of other measures put through as part of the Fit for 55 plan this month — come as many of its member states resort to burning high carbon-emitting fuels to help fend off the ongoing energy crisis sparked in part by the war in Ukraine.

Germany, for example, has had to resort to burning more coal to keep the lights on after Moscow dramatically reduced the amount of gas it was supplying the country with, with ministers now announcing that the country is in the midst of a “gas crisis” as a result.

Europe first tried to kill itself in 1914… then with the Treaty of Versailles just certain parts of Europe. They are now trying to finish the job.

Might I suggest, since we are overpopulated, taht 100 yr old Kissinger and 95 yr old Soros opt for “the dirt nap?”

The HUGE difference between Europe and America is that Europe LOVE being SLAVES. They’ve been this way for 1000’s of years. Why would ‘the people’ even WANT to change anything now; they WELCOME it. It’s what they have aspired to (voted for) even in ‘modern times’. WELCOMING the extremely HIGH TAXES; letting Brussels DICTATE to them, what they can and cannot do. They ACT like retarded 3 year olds…..and that is how their MASTERS treat them. HOW MANY countries still have ‘royalty’ (kings/queens/ect)??? How ABSURD is THAT! How many MORONS turned out for ‘the queens’ shin-dig?? Those in Europe are… Read more »

For the most part, I agree with your observations. However, you should recognise that despite your arms and armaments, you’re still mere wage-slaves for The Federal Reserve Banksters and multitude of Defence Industry ‘contractors’, who it must be said, have run your country into the ground. It’s only a matter of time before Americans wake-up to the fact that AMERICA IS BANKRUPT, and like a mangy dog, needs to be put-down. The rest of the world has had a gut-full of US oligarchs raping and plundering our resources ONLY to inflate the purses of the billionaires.