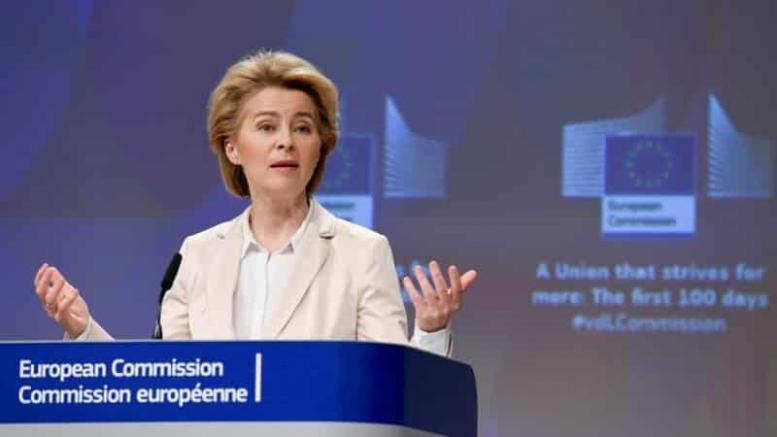 Please Share This Story!
PDF 📄
And then, there was total surveillance of everyone, everywhere. Ubiquitous tracking is a Pandora’s Box that cannot be shut once it is opened, and Technocrats around the world are springing into action to provide methods of control. ⁃ TN Editor

A group of European experts said on Wednesday they would soon launch technology for smartphones to help trace people who had come into contact with those infected with coronavirus, helping the health authorities act swiftly to halt its spread.

The initiative involves gathering data via smartphones to show who a person with the virus had come in close contact with, so that those people at risk could then be contacted.

The ability to track down those at risk of infection more accurately could help avoid having to ‘lock down’ entire societies, with the resulting hugely damaging economic impact.

The European initiative, called Pan-European Privacy Preserving Proximity Tracing (PEPP-PT https://www.pepp-pt.org), follows the successful use of smartphones in some Asian countries to track the spread of the virus and enforce quarantine orders, although their methods would have violated strict EU data protection rules.

PEPP-PT, which brings together 130 researchers from eight countries, aims to issue a licensed technology platform by April 7, the basis for contact-tracing applications, with roll-out of the first apps a week or so after that.

“You are talking about a very short space of time,” said Hans-Christian Boos, founder of German technology firm Arago and a member of the German government’s digital advisory council.

Boos is a prime mover behind the effort gathering 130 researchers from Austria, Belgium, Denmark, France, Germany, Italy, Spain and Switzerland.

Epidemiologists say contact tracing will become a vital weapon in containing future flare-ups in COVID-19, the flu-like disease caused by coronavirus, once national lockdowns slow the rapid spread of the virus.

The illness can be passed on by people showing no symptoms, putting a premium on warning those at risk of infection swiftly after an individual tests positive, while technology can be used to avoid the sweeping national measures to halt the spread.

“We all know that, as a society and an economy, we cannot go on like this for an extended period of time,” Marcel Salathe, professor of digital epidemiology at the Swiss Federal Institute of Technology in Lausanne, told a news briefing.

“There is a more efficient way to break this exponential trend of growth.”