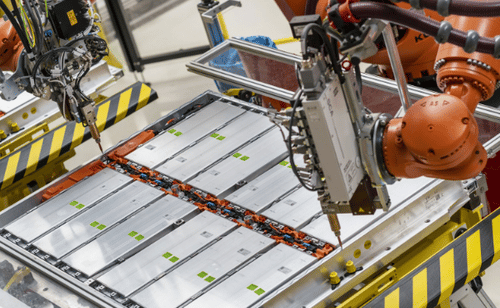 Please Share This Story!
PDF 📄
The alternative energy industry is headed for a brick wall. The reality is that it takes cheap energy to make things like battery packs. The declared war on “fossil” fuels will continue to backfire on any country that buys into the false economic proposition that solar and wind is a free lunch. Will they ever learn that there is no such thing as a free lunch. ⁃ TN Editor

We’ve already written this month about how the “tax break” incentive to buy an EV is starting to vaporize into thin air in places like Japan and the U.K.. Now, the irony continues, as rising costs of energy in Europe, helped along by “green” energy policies, are making industrial projects like battery cell factories “unfeasible”.

Volkswagen brand CEO Thomas Schaefer said this week that investments in German and EU projects will no longer make financial sense if “policy makers fail to control ballooning energy prices in the long-term”, according to the Times.

In a post on LinkedIn, Schaefer said: “Unless we manage to reduce energy prices in Germany and Europe quickly and reliably, investments in energy-intensive production or new battery cell factories in Germany and the EU will be practically unviable. The value creation in this area will take place elsewhere.”

Last week, French and German economy ministers proposed an outline for policy cooperation that Schaefer claims “falls short in crucial areas and does not address the envisaged priorities”, the report says.

“Outdated and bureaucratic state-aid rules” fail to focus enough on “the short-term ramp-up, scaling and industrialisation of production,” he said.

The report says that EU officials are focused on responding to President Joe Biden’s Inflation Reduction Act, which they say “violates World Trade Organisation rules and discriminates against non-US companies.”

Meanwhile, Volkswagen is in the process of putting 6 battery factories in operation across Europe by the year 2030, the report says. The company’s lead plant in Germany broke ground this July and already has a €3bn (R53bn) joint venture with Umicore in place for cathode material production.

Recall, just days ago, we reported that the UK was looking to raise more tax revenue from electric vehicles, shattering the years-long assumption that if you contributed to “helping the environment” by buying an EV, you’d be entitled to subsidies and tax credits.

These ‘leaders’ seem incapable of putting two coherent thoughts together. They are exhausting their armaments, and finances on the proxy war in Ukraine while allowing their LNG and metals industries to be exploited by the profiteering USA. The USA is not ‘on their side’ and the only way they can save themselves from the energy brink is to remove sanctions on Russia. Those whom the Gods would destroy they first make mad.”

Nope. The only path to both security and cheap energy for Europe is to totally defeat Russia and then strike a deal with Putin’s successor.