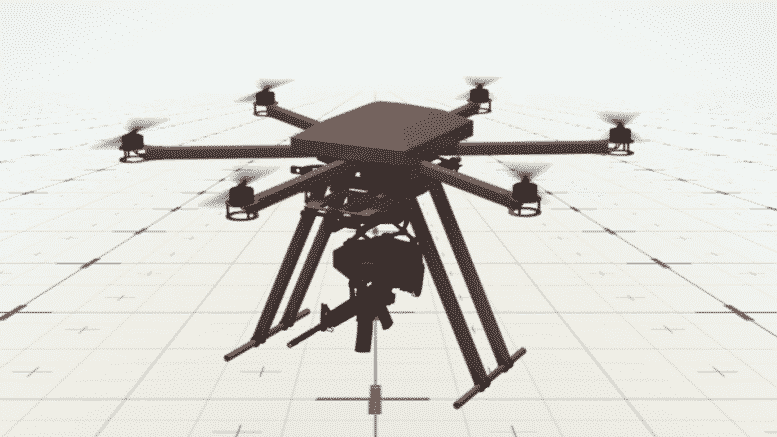 After repeated assurances from government and military that robotic killing would not be pursued, here it is. Technocrats build because they can, not because it has been thought through. ⁃ TN Editor

Duke Robotics, Inc., developer of advanced robotic systems technology, announced today that its offering of up to $15 Million of common stock has been qualified by the SEC under Tier II of Regulation A+. Anyone, not just wealthy investors, can purchase stock for as little as $450 and own a part of this award-winning company. See DukeFutureSoldier.com

Duke Robotics, Inc. is the winner of the prestigious Security Innovation Award from the U.S. Department of Defense Combating Terrorism Technical Support Office (CTTSO). The company’s Regulation A+ equity crowdfunding offering provides the general public – accredited and non-accredited investors alike – a unique opportunity to invest in new and exciting robotic and drone technology developed in Israel. Duke’s management believes their developments are game-changing, and with significant growth potential, in the robotics industry today.

With the mission to save lives and to empower troops with immediate aerial support, Duke Robotics has developed the TIKAD — a fully robotic weaponry system on an airborne platform, which they refer to as The Future Soldier:

“As a former Special Mission Unit commander, I have been in the battlefield for many years,” said Raziel Atuar, Duke Robotics CEO. “Over the last few years, we have seen how the needs of our troops in our battlefield has changed.”

The classic army versus army confrontation on the battlefield has become increasingly rare, while guerrilla warfare is now commonplace. The use of UAVs (unmanned aerial vehicles) to fire small arms from the air has not yet been a viable option. Until now.

“When terrorists operate, they operate from within the civilian population – preventing the military from shooting a missile into their targeted area,” said Atuar. “The risk of collateral damage to innocent civilians is often too high. The primary solution you are left with is sending in ground troops – but this shifts the risk to your troops, which often leads to injuries and casualties. But, we thought, ‘what if…what if there was a better way’. So we created the solution — the TIKAD.”

TIKAD is a dramatic step forward in developing the resources needed by our troops. As the threats to our military and those in support of our objectives increase, so will government spending to address those risks. More than at any time in our history, empowering and protecting our troops is of vital national interest.

Investing in Duke Robotics, a company that provides world-class robotics technology, is an investment decision in a field that Duke Robotics’ management believes has significant demand and high growth potential.

Learn more about Duke Robotics and investing in this disruptive company through their Regulation A+ Equity Crowdfunding investment opportunity at DukeFutureSoldier.com