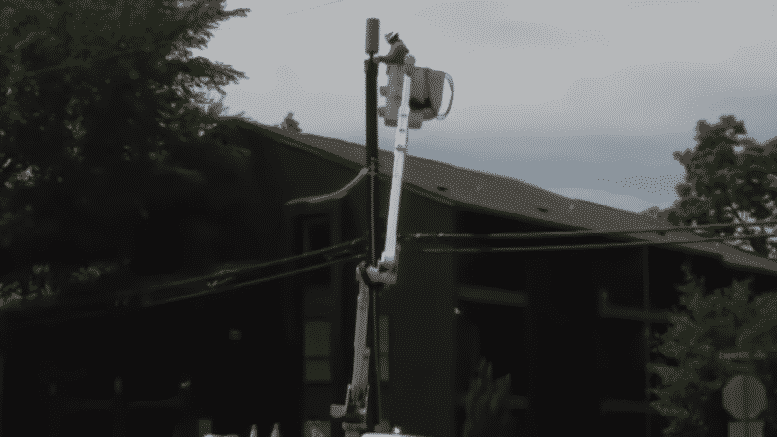 Please Share This Story!
PDF 📄
Cities potentially have significant clout to change the 5G landscape, but are typically too timid to do so. Most lay off decisions to Federal and State regulations. Meanwhile, 5G companies have become schoolyard bullies by threatening endless lawsuits. ⁃ TN Editor

An East Bay neighborhood’s fight against 5G is the topic of a town council meeting scheduled for Wednesday night. Moraga residents are expected to turn out and demand the city do more to protect people from cell phone radiation exposure.

It is a fight that’s been going on across the country and has been particularly heated in the East Bay. Ellie Marks has been outspoken against 5G and cell phone companies for 11 years now.

“We may not see the full ramifications of this for 20-30 years. How can we just fly blindly into this? It doesn’t make sense,” Marks said.

Her fight began when her husband developed a brain tumor on the right side of his head back in 2008. She says he was a heavy cell phone user since 1986.

“He used it all the time; held it right to his right ear and the tumor developed right where he held the phone,” Marks said.

Fortunately her husband survived, but she says it was her wake-up call. Ever since then, she’s been touring the country, organizing against the spread of cell phone towers and raising awareness about increased exposure to radio frequency.

The FCC and cell phone companies all maintain RF exposure we receive from cell phones is well within safe levels.

“The FCC is lying to the general public,” Marks countered.

“So far every major study concludes it [5G] is not having a harmful impact,” CNET Editor at Large Ian Sherr said.

Sherr has been following the launch of 5G and the race to beat China to a full 5G launch.

“5G is not just another ‘G.’ It’s supposed to be faster, more reliable and possibly the way the internet runs will change because of this technology,” Sherr said.