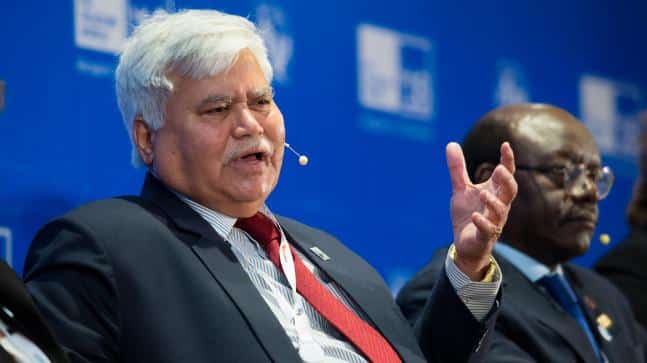 The Technocrat mindset is the same in all parts of the world, and is not hindered by race, color, religion or nationality. India is an emerging Technocracy, second only to China and just ahead of Europe and north America. To a Technocrat, there is no such thing as ‘private’ data. ⁃ TN Editor

There are many takeaways from the Aadhaar adventure on which TRAI chairman RS Sharma embarked on Saturday. In a bid to prove a point, he leaked his own Aadhaar number on Twitter and challenged the social media users, as well security researchers, to cause him “harm”. A lot happened after he threw this challenge and many details related to Sharma were leaked on Twitter. You can read about it all here, but the biggest takeaway from the whole affair is not that Aadhaar is insecure or that Sharma is able to prove that it is safe to share the Aadhaar number in public. The big takeaway is that even the top technocrats in India don’t understand the concept of privacy.

It’s also a takeaway that should alarm everyone in this country because the technocrats and government officials like Sharma are supposed to be fighting for and working to preserve the rights and privacy Indians. If even the definition of privacy and why it is necessary is something that is not clear to government officials, it is going to be a bit of stretch to expect that agencies like UIDAI, TRAI or the technocrats in the IT ministry will come out with rules and norms that keep Indians away from the harm’s way.

Sharma is surely among the topmost technocrats in the country. He had an illustrious career, dealing with some of newest technological changes in the country. He was once the director general of UIDAI, the agency that looks after Aadhaar, and is currently the chairman of TRAI, the telecom regulator. Yet, the cavalier way in which he shared his Aadhaar number and then dismissed the information that people found on him as trivial, doesn’t show him in good light. Fun fact: UIDAI says that sharing Aadhaar number in public is unlawful. When people on Twitter shared the details of his phone numbers, his address, his email IDs, his photo from WhatsApp, his frequent flier number, his UPI details, details of at least one of his bank accounts, he dismissed all that as something that was already available in the public.

He said that leaking of all this information in public doesn’t cause him any harm. “Yeh details koi state scret nahin hain. Meri date of birth Bharat Sarkar ke portal par 40 saal se chhapi hui hai. Ghar ka address thoda purana hai. Naya chahiye to main de doonga. Chahiye kya,” he replied to a tweet that was addressed to him.

There was a lot of to and fro between Sharma and Twitter users on Saturday night, when the TRAI chairman was up until early morning, asserting again and again that no “harm” was done to him after he shared the Aadhaar number.

The problem with Sharma’s assertions are several, but the biggest issue is that he doesn’t understand that privacy is something that is contextual. And that context can be different for different people. Just because Sharma is a government official and hence his phone number has to be on the website of TRAI because people should be able to reach out to him, doesn’t mean that sharing phone number of someone in public is not a privacy breach. For a woman, who is fighting harassment, trolling on social media, her personal phone number could be very private. If leaked online, it could lead to grave harassment. Same with the home address. May be Sharma doesn’t care that his home address is available online. But for a lot of people, whether home address is available online or not could be difference between physical harm and safety.

It’s same with almost every piece of private information. On its own leaking of birth date may not matter much. But what if this birth date happens to be the password of your bank statement, the way it is for a lot of people in India because banks here often use birth dates as default password.

Same with the street on which your house is located, or your place of birth, or where you went to school. On their own, the tiny bits of personal information may seem innocuous. But add them together, or put them in context and they become dangerously private. On its own it doesn’t matter that Sharma allegedly subscribes to news from a far-right website, as many have speculated on Twitter, but if five years down the line India gets — god forbid — a vindictive left-leaning government, this information can be used to completely destroy Sharma’s reputation.