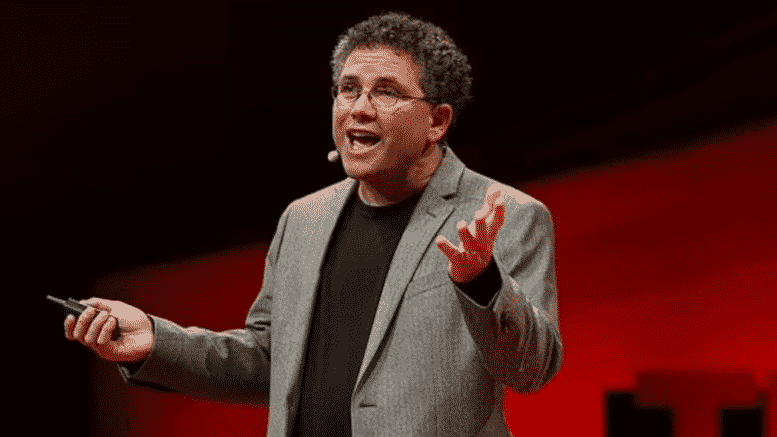 Please Share This Story!
PDF 📄
The logical end of the Metaverse is to sink people into an artificial reality which will be so addictive that they will not be able or willing to escape. Louis Rosenberg’s warning should be heeded: he created the first fully functional augmented reality system for the Air Force. ⁃ TN Editor

One of the world’s leading computer engineers believes the metaverse, the idea that caused Mark Zuckerberg to rebrand his whole company, could one day ‘make reality disappear.’

In a recent op-ed, Louis Rosenberg, a computer scientist known for developing the first functional augmented reality system at Air Force Research Laboratory and founding virtual reality company Immersion Corporation, believes that by integrating virtual reality and augmented reality and having people interact in the digital realm for a significant portion of their day, it could ‘alter our sense of reality’ and distort ‘how we interpret our direct daily experiences.’

‘Our surroundings will become filled with persons, places, objects, and activities that don’t actually exist, and yet they will seem deeply authentic to us,’ Rosenberg penned in the piece, published by Big Think.

Although he did not specifically mention old Zuckerberg or Meta by name, Rosenberg made a clear reference that he is deeply worried about the ‘platform providers’ that will have the infrastructure.

‘…I am concerned about the legitimate uses of AR by the powerful platform providers that will control the infrastructure,’ Rosenberg added.

Zuckerberg has previously suggested the metaverse is the future of his company, and has been talking up the idea since July.

‘And my hope, if we do this well, I think over the next five years or so, in this next chapter of our company, I think we will effectively transition from people seeing us as primarily being a social media company to being a metaverse company,’ Zuckerberg said in a July interview with The Verge.

Rosenberg, 62, also worries that augmented reality technology, such as glasses (like those produced by Meta and reportedly being worked on by Apple) or contacts will eventually force people to ‘become thoroughly dependent on the virtual layers of information projected all around us.’

‘It will feel no more optional than internet access feels optional today,’ Rosenberg, who made his fortune in technology, explained.

‘You won’t unplug your AR system because doing so will make important aspects of your surroundings inaccessible to you, putting you at a disadvantage socially, economically, and intellectually.

‘The fact is, the technologies we adopt in the name of convenience rarely remain optional — not when they are integrated into our lives as broadly as AR will be.’

In addition to the fact he notes society is living in ‘dangerous times,’ augmented reality ‘has the potential to amplify the dangers to levels we have never seen.’

Rosenberg cited one example that is particularly worrisome to him about a future in which the metaverse overcomes reality:

‘Imagine walking down the street in your hometown, casually glancing at people you pass on the sidewalk.

‘It is much like today, except floating over the heads of every person you see are big glowing bubbles of information.

‘Maybe the intention is innocent, allowing people to share their hobbies and interests with everyone around them.

‘Now imagine that third parties can inject their own content, possibly as a paid filter layer that only certain people can see. And they use that layer to tag individuals with bold flashing words like “Alcoholic” or “Immigrant” or “Atheist” or “Racist” or even less charged words like “Democrat” or “Republican.”

‘Those who are tagged may not even know that others can see them that way.

The virtual overlays could easily be designed to amplify political division, ostracize certain groups, even drive hatred and mistrust.

‘Will this really make the world a better place? Or will it take the polarized and confrontational culture that has emerged online and spray it across the real world?’

If you believe the major “news ” events on MSM and or ALT media you are already living in a form of the Metaverse. IMHO many if not most MAJOR events these days are either created or augmented by intel agencies creating “reality” for the masses. 9-11 was one such event that justified the military and political actions the programmers wanted, supported of course by the people who bought the whole official narrative. Today many of the “newsworthy” events being reported are simply manufactured or twisted to keep attention off of what’s happening in the “real” world or to further… Read more »

Can it make YOU disappear Rosenburg and your android Zuckerberg? I’d like that.

Oh yeah! I’ve been reading Stephenson for many years, since “Cryptonomicon”, and more recently “The Diamond Age.” Prior to that, Gibson’s futuristic novels.. They have poor resale value at Bookman’s, or online, ’cause that prescient, predictive future is already here, & rapidly moving past us poor humans.

Peter Appleby
Reply to  Will Brown

The “Otherland” book series by Tad Williams,is exactly about this subject

Adults playing simulation games trying to turn the real world into a simulation to control or what ever perverse reasoning they have. I think it will never ever com to fruition and is childish thinking in a real world wasting precious time and resources. Anyone who believes in this bullshit are simple minded morons.

Wouldn’t surprise me if this technology is mandated for everyone should it come to full fruition. Sounds to me like another method of deception, control and enslavement. I’m sure the ruling class will be free from all of the ill effects that the average person would experience from the metaverse contraption. They have designed everything to ensure that they remain at the top of the pyramid while the majority of society lives beneath them. At this point bureaucrats and technocrats can’t be trusted with anything already in existence. Most certainly nothing to come that they promote. And I doubt they… Read more »

I forgot to mention that once you check into ruling class motels. You won’t be able to check out.