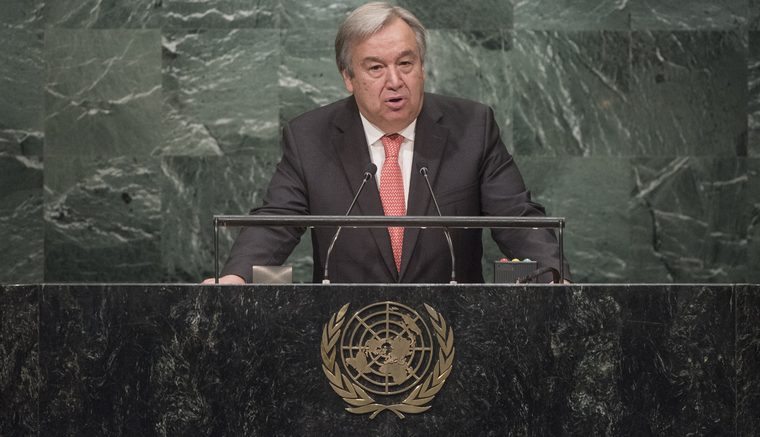 The incoming head of the United Nations warned on Tuesday that “losers of globalization” in rich countries have felt ignored by establishment politicians, prompting them to turn to nationalist agendas, as in the U.S. election and Brexit referendum.

Antonio Guterres, elected in October to take over as U.N. secretary general next year, told a conference in his native Lisbon that this trend had undermined the willingness to receive refugees in Europe this year.

He said the world must re-establish international protection for refugees coming from war zones such as Syria, but it would not be easy as developed countries were turning to nationalist agendas.

Europe has struggled to handle a huge influx of refugees, many of whom displaced by the war in Syria. The United States has accepted only a very small number of refugees and may take in even fewer next year.

“In 2016, we have witnessed a dramatic deterioration of that international protection regime (for refugees),” Guterres said.

“This example started in the developed world, it started essentially in Europe, it is spreading now like a virus into other parts of the world.”

Guterres, who was U.N. High Commissioner for Refugees until last year, linked the growing resistance to accepting refugees to wider concerns about globalization.

“I don’t think we can look strictly at the refugee issue, I think the problem is a broader problem,” he told the conference on Europe’s refugee crisis.

There was a consensus in the mid-1990s that globalization would benefit all, he said.

“But a lot of people were left behind … In the developed world, (there are) those who have been losers in globalization,” he said. “The recent analysis of the rust belt in the United States, I think, is a clear demonstration of that, when we speak about the elections.”

Does “Globalization” mean the big powers can wage war against tribes in the Middle East by backing and arming the IS group? Apparently the IS group was trained by the CIA in Jordan so as to fight against Assad of Syria. The US is also arming other anti-Assad terrorist groups in Syria so as to try to topple the Assad regime because the US wants “regime change.” What has the Middle East got to do with the US? Is it necessary for the Big Powers to want to topple Assad? Or Kaddaffi? Or any other regime that does not meet… Read more »