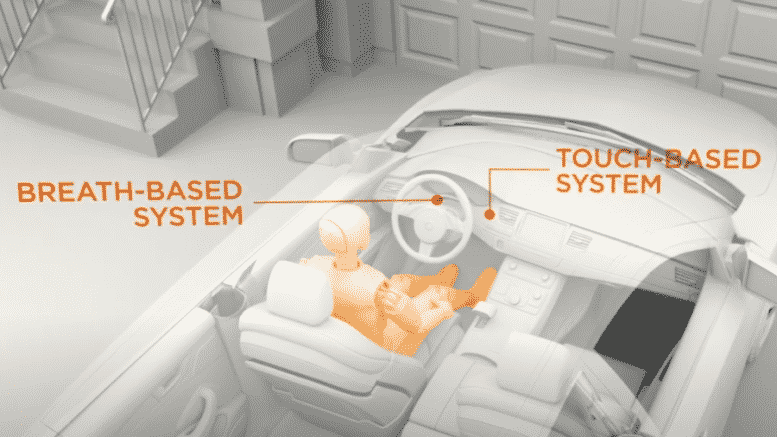 Please Share This Story!
PDF 📄
Technocrats who picture themselves as social engineers see no problem with putting people into controlled molds so they cannot move outside of the prescribed behavior. While alcohol is a problem, every person should not be forced to pay for it. ⁃ TN Editor

The NHTSA has been trying to put breathalyzers in new cars since at least 2015 and new legislation suggests they may finally succeed.

As Landline Media explains, “an already large bill has developed into an enormous one. House Democrats merged the nearly $500 billion highway bill, or INVEST in America Act, into a larger infrastructure package with a $1.5 trillion price tag.”

A press release reveals that this new bill would treat every American like a potential criminal and force them to breathe into a breathalyzer every time they get behind the wheel.

“To honor the Abbas family’s legacy to stop drunk driving by directing NHTSA to prescribe a motor vehicle safety standard requiring passenger motor vehicles to be equipped with an advanced drunk driving prevention system that detects if the driver is intoxicated.”

The Morning Sun reveals that part of the new act, forcing car manufacturers to install breathalyzers in new cars will be voted on this July!

In less than five years, the “Moving Forward Act” will require all passenger vehicles be equipped with drunk driving-detection technology.

“Not later than 5 years after the date of enactment of this section, the Secretary shall prescribe a final rule containing the motor vehicle safety standard required under this sub-section. The final rule shall specify an effective date that provides at least 2 years, and no more than 3 years, to allow for manufacturing compliance.”

This bill would accelerate the development of breathalyzers in new cars.

“The Secretary shall work directly with manufacturers of passenger motor vehicles, suppliers, safety advocates, and other interested parties to accelerate the development of the drunk driving prevention technology required to prescribe a motor vehicle safety standard.”

The bill would also allow the Feds to install “advanced drunk driving prevention technology” or Driver Alcohol Detection System for Safety (DADDS) in every new car.

DADDS and the NHTSA are working together to put breathalyzers and touch sensors in every new car.

“The DADSS research program brings together the Automotive Coalition for Traffic Safety, which represents the world’s leading automakers, and the NHTSA in one of the most important government and private sector partnerships in recent years.”

“We need the installation of advanced drunk driving prevention systems in all passenger vehicles. For decades, working together with MADD and other advocates we’ve pushed for legislation. Including my drunk driving legislation in House Democrats’ comprehensive infrastructure package is a huge step forward in curbing drunk driving on American roads,” Dingell said.

Treating people like suspected criminals every time they get behind the wheel is not about traffic and automotive safety, it is about perpetuating an atmosphere of guilt until proven innocent.

This bill and others like it only serve to increase Big Brother’s ever-expanding reach into Americans’ daily lives.

You can’t think a sick as these psychos are.

why is always women pushing these restrictions on us and self virtue signal at the same time..

Um, nope. Until someone can learn to disable the system without disabling the vehicle (and possibly alerting the powers that be), all we will be able to do about this is keep our old vehicles and repair them when necessary. I have three vehicles that don’t even have black boxes, and I intend to keep them until the day I die. It’s not that I’m in favor of drugged driving, it’s just that I’m sick of our lack of privacy and lack of choice.

I can think of so many ways this can go wrong, not to mention these systems adding significant cost to vehicles and a disabled vehicle when the system fails. Hmmm, don’t use mouthwash or anything else that might mistakenly set off the sensor. How low alcohol level will be required to start the car and wouldn’t this become a de facto federal BAC standard overriding States’ rights? Say a couple has had a few drinks and he starts attacking her and driving off is her only escape from certain injury? Can it be disabled for trips that are only on… Read more »