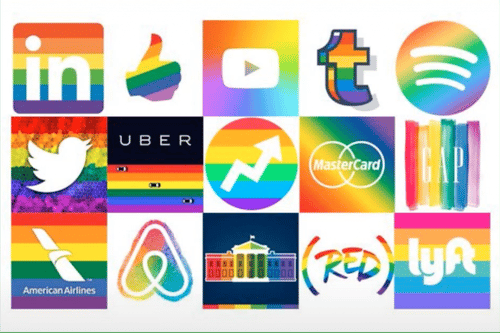 Please Share This Story!
PDF 📄
The Biden Administration has shafted Americans’ 401(k) retirement plans by allowing “woke” fund managers to support ESG investing without threat of legal liability. This allows them to put social impact and “Great Reset” above profit and capital preservation. For many, this will decimate returns on retirement funds. ⁃ TN Editor

On Tuesday, the Department of Labor finalized a rule that provides regulatory cover for retirement plan sponsors who want to emphasize environmental, social and governance (ESG) factors in plan management.

Since 1974, the Employee Retirement Income Security Act (ERISA) has rightly required that plan sponsors act “solely in the interest” of employees and beneficiaries when selecting and monitoring investments and casting shareholder votes.

The Trump administration reinforced that principle by prohibiting retirement plans from considering investment attributes that aren’t material to risk or performance. Trump’s DOL explicitly prohibited funds with ESG principles from being used as the default investment for plan participants.

With Biden’s Thanksgiving week move, that’s all out the window, setting up tens of millions of Americans to have their retirement potential clipped as woke corporations corral their money into ESG-tainted investments.

The administration knows it’s doing something that a broad swath of society would find objectionable: In choosing Tuesday of Thanksgiving week to post the rule, the White House was clearly aiming to minimize reporting and public awareness.

In Orwellian fashion, Secretary of Labor Marty Walsh issued a statement declaring that “removing the prior administration’s restrictions on plan fiduciaries will help America’s workers and their families as they save for a secure retirement.”

However, by its very nature, ESG reduces diversification by eliminating broad swaths of the investment universe. That means leaving money on the table. An ESG-managed 401k plan, for example, would have likely prevented employees from benefiting from the 79% year-to-date gain in Exxon Mobil.

As if that weren’t bad enough, the Biden ESG rule is also a handout to asset managers — with the expense borne by employees who are just trying to save for a comfortable future. As Kenneth P. Pucker and Andrew King wrote in the Harvard Business Review in August:

But there’s more at stake than dollars and cents. This is just one more scheme by which society is being force-marched into the depths of the broad progressive agenda.

While the pursuit of green energy is often used as an example of ESG principles, don’t forget they also include pushing the diversity, equity and inclusion programs and mandatory “anti-racism” training sessions that stoke divisions rather than promote harmony.

To appreciate how brazenly leftist the Biden administration’s retirement plan move is, consider that the DOL’s official introduction to the new rule justifies it by saying it’s consistent with…

“The policy of the Administration to listen to the science; improve public health and protect our environment; bolster resilience to the impacts of climate change; and prioritize both environmental justice and the creation of the well-paying union jobs necessary to deliver on these goals.”

It’s one thing for a 401k to provide an ESG option for individual employees who want to invest their money that way — hopefully after being cautioned that doing could put a dent in their nest egg. It’s another thing altogether to let plan sponsors unilaterally impose ESG across the full spectrum of asset classes  — but here we go.

We have our 401k in US treasuries, used to be in the S&P, he switched to T bonds several yrs before retiring. He retired 2003. Also had an IRA in a credit union savings acct. 401k’s made money several decades ago. Now days people need to watch their investments closely. Anyone close to retiring needs to get out of the market, it will crash some say in 2023.