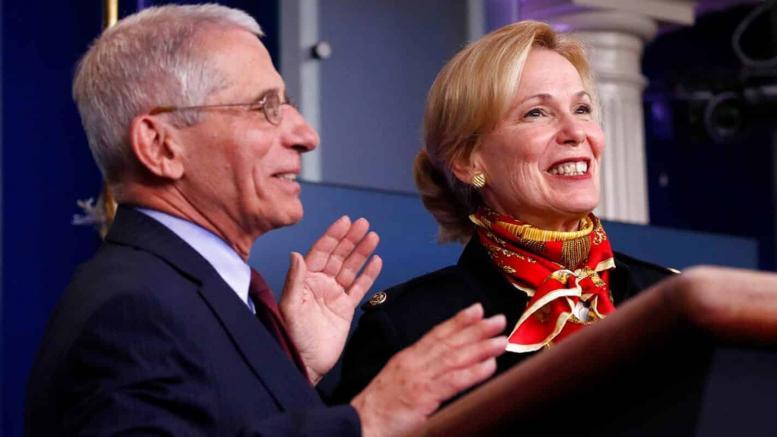 Posted By: Thomas Harrington via Counterpunch May 22, 2020

Please Share This Story!
PDF 📄
“If we are really interested in democracy, we cannot passively cede to the ethos of technocracy that our lazy and cowardly politicians and their media servants are now relentlessly foisting upon us.”

Technocrats invariably posture themselves as being politically agnostic because they have “objective science” on their side. The problem is that their science is anything but objective and they are driven by the ideology of social engineering. ⁃ TN Editor

It is important in these days of constant calls to heed the advice of “experts” on the spread of the Coronavirus to recall the intimate historical links between the concept of technocracy and the practice of authoritarianism.

As soon as the ideal of a truly representative democracy moved to the center of European and American life at the end of the 19th century, those slated to lose power under this new social order began touting the advent of a supreme modern wisdom, transcendent of disputes, that would spare us all the inherent messiness and inefficiency of government by and for the people.

Interestingly, Spain played a key role in the development of this ideological current.

During the 1920s and 30s it took on a form known as “anti-parliamentarianism”, which held that only a clairvoyant class of military patriots, unencumbered by ideology, could save the country from the immobilism and corruption generated by party politics.

When, after World War II, the idea of social salvation by men in uniform had lost much of its earlier luster, these efforts to save the people from themselves shifted their focus from the military to men of science, broadly understood. The term technocrat first came into wide usage in the late 1950s when Spanish dictator Francisco Franco entrusted the management of the his country’s economy to a group of thinkers from the ultra-right wing Catholic organization Opus Dei.

These men, who would engineer shift from a policy of nativist protectionism to one much more centered on foreign investment were many things. But people without ideology they were not. But that did not prevent the regime, and its many new banker friends around the world from presenting them as exactly this. And sadly many outside observers came to be believe it.

The central conceit of technocratic thought was, and is, that there exists in data-based, scientific knowledge a clarity, that if bottled and distributed correctly, will free us from all types of noisome and unproductive debate.

However, both the past and present proponents of this wonderfully appealing construct tend to forget, a very important thing: that those who collect data and interpret it are social beings, who are therefore also political beings, and thus, by definition, non-objective in their selection and deployment of “facts”.

This makes their pose of being “above politics” perniciously dangerous for  society. Why? Because it  puts all of us in the position of having to implicitly accept their wisdom as neutral, and beyond retort, even as they actively inscribe it with all sorts of epistemological and ideological biases.

There is perhaps no more clear example of this than recent campaigns to free the internet from so-called “fake news” and supposed efforts to “incite violence”.

In regard to the first goal mentioned here, it should be remembered that truth, especially truth in socially-nested acts and political positions only ever exists in approximate form. Or to put it more simply, outside the world of basic affirmations of very concrete material realities, there is no such thing as 100% “real news”. Rather there are a spectrum interpretive possibilities regarding the verisimilitude of the claims being by various actors about this or that phenomenon. In other words, serious getting to the bottom of things is always a relatively disordered and uncertain business that seldom results in unassailable conclusions.

And yet we now have companies tied umbilically to the US-EU-Israeli axis of military and business power now telling us that they have algorithms that can free us from that inherent messiness by eliminating “fake news” from our screens.

Do you really think they have no ulterior motive in offering this “service” to us? Do you really think that the operative notion of “fakeness” in their algorithms won’t in some way, perhaps even in large measure, be conflated with ideas those from this power configuration view as having the potential to undermine their particular strategic goals?