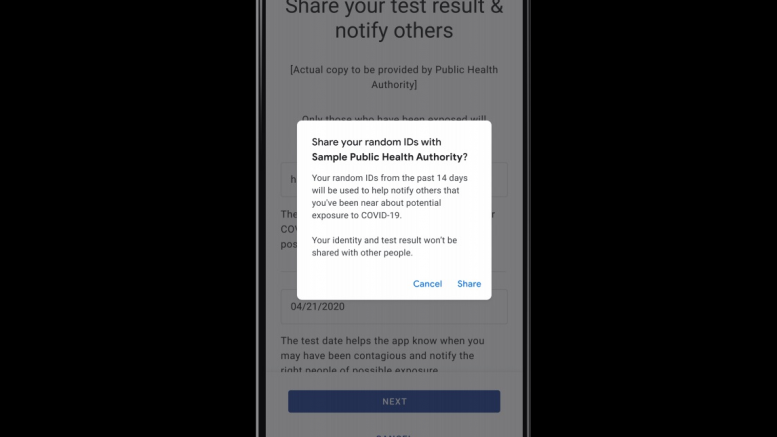 To upgrade or not to upgrade, that is the question. Fears of the worst sort are already cropping up as Apple has not made completely clear what software developers will be able to access and use the new core features that allow for Contact Tracing.

Usage of the contact tracing API is user-optional. Additionally, exposure reports require the user to, once again, opt in to the notification, and it can only be done after the positive result is confirmed by one of the government agencies.

The first problem is that many iPhone users don’t have a clue what ‘user-optional’ means and if they do, they forget to disable the feature.

The second problem is that other app creators may gain access to the Application Programming Interface (API) and use it for other purposes. There are some who will say that can’t ever happen, but I would remind them about Apple’s poor track record of closing up holes that have been secretly exploited by groups of developers who knew better, but didn’t care about breaking the rules.

The third problem is that while Apple says all data is anonymized, it is the ‘mother ship’ who knows everything about you. It knows what apps you have installed and your continuous location as you move around. Turning your health data over to Apple puts it out of your control. Do you trust Apple to never tell another soul? Do you trust it to never come with other uses for the API, once it is spread around the entire planet? If governments are allowed to access the API, will they use it only for benevolent purposes?

The fourth problem is that Google is doing exactly the same thing with their Android platform. Do you trust Google more or less than Apple?

If iPhone users do not upgrade to iOS 13.5, then they will not receive any further upgrades beyond that, period. This means that you are frozen in time, unable to receive the latest security and other feature updates.

If you choose to upgrade your smart phone to iOS 13.5, at least sift it with a fine-tooth comb to make sure you have turned all such features OFF, and then do frequent audits to be sure that they remain OFF.

Toward A North American Union

The Ubnutu phone, is this an option?

Or, how about, don’t own a smartphone at all? Then you don’t have to worry. And you can better own your privacy and dignity. Just a thought.

Is this update for Apple phones also going to be applied to Samsung and other phone brands?

I just checked my new phone and it was turned off.

[…] Collect data and encourage people to tattle on others, […]