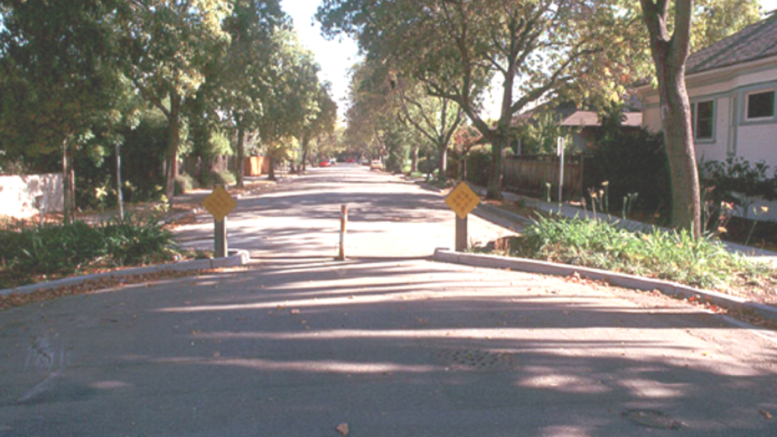 Please Share This Story!
PDF 📄
One man’s deadly virus is another man’s sledge hammer to drive smart city policies, including booting cars out of city centers to make way for foot traffic, scooters and public transit. Demand for this is falsely attributed to local urbanites rather than green urban planners. ⁃ TN Editor

Last Tuesday, a Gemballa Mirage GT barrelled into a series of parked cars on a Manhattan street. The driver fled and was arrested. And for a moment, New York seemed almost normal, free of the quiet that has ruled the city for three weeks, since residents were ordered to shelter in place to corral the spread of the novel coronavirus. As traffic has evaporated, car crashes in the city have dropped more than 50 percent compared with the same time last year. So have injuries to drivers, passengers, pedestrians, and cyclists. The air is cleaner, the honking but an echo.

Cities that have seen traffic calmed, however, face a new kind of congestion—not on their streets but their sidewalks. Like urbanites around the world, New Yorkers barred from offices, bars, theaters, and restaurants are crowding into the city’s public spaces, often trampling social distancing rules in the process. Mayor Bill de Blasio said police will begin fining people up to $500 for disobeying the order to stay 6 feet from others, a price that has since doubled. “Anyone who’s not social distancing at this point actually is putting other people in danger,” the mayor said on The Today Show.

De Blasio and many other civic leaders are trying to enforce the 6-foot line by restricting access to places where people get together: dog parks, basketball courts, playgrounds, beaches, hiking trails, and the like. The problem with curtailing the supply of open space, though, is that it doesn’t reduce demand. People still need to go outside, some to work, others to play, all to keep their sanity intact. Now, though, the demand comes chiefly from people on foot, rather than in vehicles.

In that shift, urbanists see a chance to save city dwellers not just from the sweep of a pandemic, but from the auto-centric culture that has dominated urban life for decades. They want to prioritize the movement of people—pedestrians, cyclists, transit users, and their ilk—over cars. This isn’t just opportunism, a shot at grabbing street space while most cars are parked. A range of tactics long demanded by urbanists can make life outside more pleasant and practical amidst the Covid-19 pandemic. And depending on how much life goes back to “normal” once the pandemic has passed, the moves could change cities for the better, and for the long term.

One easy, obvious option is disabling the buttons that pedestrians use to summon a “Walk” sign to cross the street. Advocates of pedestrian-friendly roads have long lambasted these “beg buttons” for making driving the default mode of transportation: no push, no walk signal. Now, public health officials see the devices as potential conveyors of the coronavirus. Several cities in Australia and New Zealand have rejiggered traffic signal cycles to include walk signals, no push needed. So has Berkeley, California. “That’s a good example of an easy and sustainable thing cities can do,” says Tabitha Combs, who studies transportation planning and policy at the University of North Carolina at Chapel Hill. By turning them off, cities are tacitly admitting that the buttons aren’t meant to make intersections safer for pedestrians, but to keep cars moving as much as possible. “They’ve let the cat out of the bag that it’s something they can do,” Combs says.

The bigger move is closing streets to vehicles, so people have more room to walk around or exercise. Bogota, Colombia; Calgary, Canada; Denver, Colorado; St Paul, Minnesota; Cologne, Germany and other cities have blocked off stretches of road in recent weeks. Friday, Oakland said it will close 10 percent of its street network—74 miles worth—to vehicle traffic. Others, like Vancouver, have booted cars from roads in parks. Closing streets, though, demands resources, including materials to indicate cars are no longer welcome and people to enforce the new regime.

The one thing these planners never take into account are the elderly and disabled populations, who are effectively excluded from pedestrian only areas, and for whom bicycles and buses don’t work. In order to ride a bus, you have to be able to walk or bike to the bus stop. When I ask public officials pushing these ideas how they will deal with this issue, they never have an answer.