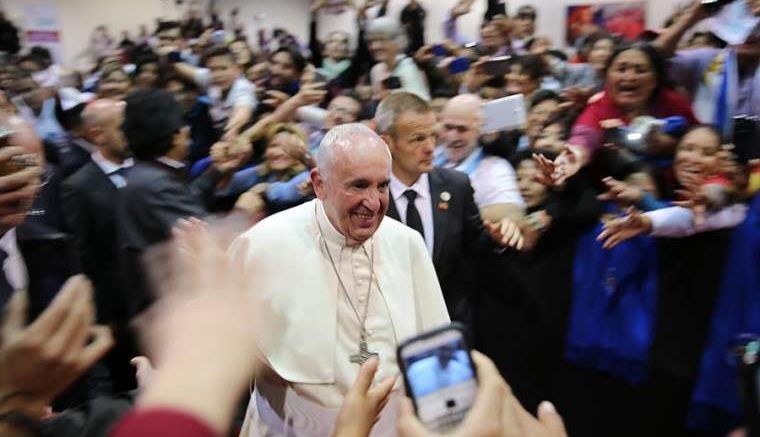 Please Share This Story!
PDF 📄
The United Nations has not called for UBI, but Technocrats do, and have done so since the 1930s when Technocracy as an economic system was invented at Columbia University. Early Technocrats sought to pay everyone a level wage in energy credits. ⁃ TN Editor

In an Easter letter to members of popular movements and organizations, Pope Francis suggested that the coronavirus crisis may be an occasion to consider a universal basic wage.

“I know that you have been excluded from the benefits of globalization,” he wrote April 12. “You do not enjoy the superficial pleasures that anesthetize so many consciences, yet you always suffer from the harm they produce. The ills that afflict everyone hit you twice as hard.”

He reflected that “Many of you live from day to day, without any type of legal guarantee to protect you. Street vendors, recyclers, carnies, small farmers, construction workers, dressmakers, the different kinds of caregivers: you who are informal, working on your own or in the grassroots economy, you have no steady income to get you through this hard time … and the lockdowns are becoming unbearable.”

“This may be the time to consider a universal basic wage which would acknowledge and dignify the noble, essential tasks you carry out. It would ensure and concretely achieve the ideal, at once so human and so Christian, of no worker without rights,” he claimed.

Francis also said: “My hope is that governments understand that technocratic paradigms (whether state-centred or market-driven) are not enough to address this crisis or the other great problems affecting humankind.”

Saying that the coronavirus crisis is often referred to with “war-like metaphors,” he told the members of popular movements that “you are truly an invisible army, fighting in the most dangerous trenches; an army whose only weapons are solidarity, hope, and community spirit, all revitalizing at a time when no one can save themselves alone.”

“To me you are social poets because, from the forgotten peripheries where you live, you create admirable solutions for the most pressing problems afflicting the marginalized.”

Lamenting that they “never receive” the called for recognition, he said that “market solutions do not reach the peripheries, and State protection is hardly visible there. Nor do you have the resources to substitute for its functioning.”

“You are looked upon with suspicion when through community organization you try to move beyond philanthropy or when, instead of resigning and hoping to catch some crumbs that fall from the table of economic power, you claim your rights.”

The pope said that “you often feel rage and powerlessness at the sight of persistent inequalities and when any excuse at all is sufficient for maintaining those privileges. Nevertheless, you do not resign yourselves to complaining: you roll up your sleeves and keep working for your families, your communities, and the common good.”

Expressing appreciation for women who cook for soup kitchens, the sick, the elderly, and small farmers “who work hard to produce healthy food without destroying nature, without hoarding, without exploiting people’s needs,” he said that “I want you to know that our Heavenly Father watches over you, values you, appreciates you, and supports you in your commitment.”

Considering the time after the pandemic, he said that “I want all of us to think about the project of integral human development that we long for and that is based on the central role and initiative of the people in all their diversity, as well as on universal access to” work, housing, and land and food.

why not pray for mana from the heavens such as God sent to Moses and Israelites in the Sinai desert. that should be more on his level. then again perhaps the churches should sell off all the property it owns out right and send the funds to the needy. no reason for a pope to ride in a church limo now is there. then think of the value of the vatican as a property in the very hart of rome for the highest bid.
religion needs to stay in it’s own lane, you know, alter boys and choir kids.