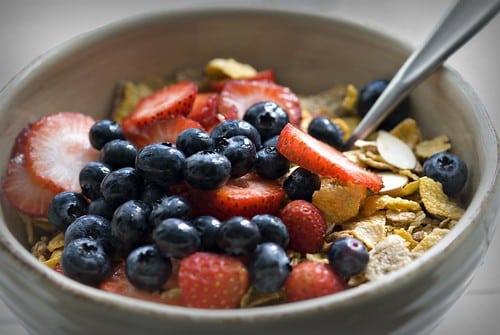 Please Share This Story!
PDF 📄
The FDA is lobbied and dominated by Big-Ag Technocrats who insist that GMO food is ‘substantially equivalent’ to its natural counterpart, so the GMO food race is full-speed ahead. This trend will substantially change the entire global food chain.  ⁃ TN Editor

A geneticist at the University of California who helped invent the gene-editing tool Crispr told Business Insider she believes its most profound impacts will be on food.

Several Crispr’d crops have already been made, and although you can’t buy them yet, she said she expects to see them in grocery stores within 5 years.

In Silicon Valley, some startups are even using Crispr to make lab-grown meat.

The geneticist, Jennifer Doudna, was named to Business Insider’s list of the10 People Transforming Healthcare.

While ethicists debate the applications of blockbuster gene-editing tool Crispr in human healthcare, an inventor of the tool believes it has a more immediate application: improving our food.

“I think in the next five years the most profound thing we’ll see in terms of Crispr’s effects on people’s everyday lives will be in the agricultural sector,”Jennifer Doudna, the University of California Berkeley geneticist who unearthed Crispr in early experiments with bacteria in 2012, told Business Insider.

Crispr has dozens of potential uses, from treating diseases like sickle cell to certain inherited forms of blindness. The tool recently made headlines when a scientist in China reportedly used it to edit the DNA of a pair of twin baby girls.

Then there are Crispr’s practical applications — the kinds of things we might expect to see in places like grocery stores and farmers’ fields within a decade, according to Doudna.

Work on Crispr’d produce has been ongoing for about half a decade, but it’s only recently that US regulators have created a viable path for Crispr’d products to come to market.

Back in 2016, researchers at Penn State used Crispr to make mushrooms that don’t brown. Last spring, gene-editing startup Pairwise scored $125 million from agricultural giant Monsanto to work on Crispr’d produce with the goal of getting it in grocery stores within the decade. A month later, Stefan Jansson, the chief of the plant physiology department at Sweden’s Umea University, grew and ate the world’s first Crispr’d kale.

Memphis Meats, a startup with backing from notable figures like Bill Gates and Richard Branson that has made real chicken strips and meatball prototypes from animal cells (and without killing any animals), is using the tool. So is New Age Meats, another San Francisco-based startup that aims to create real meat without slaughter.