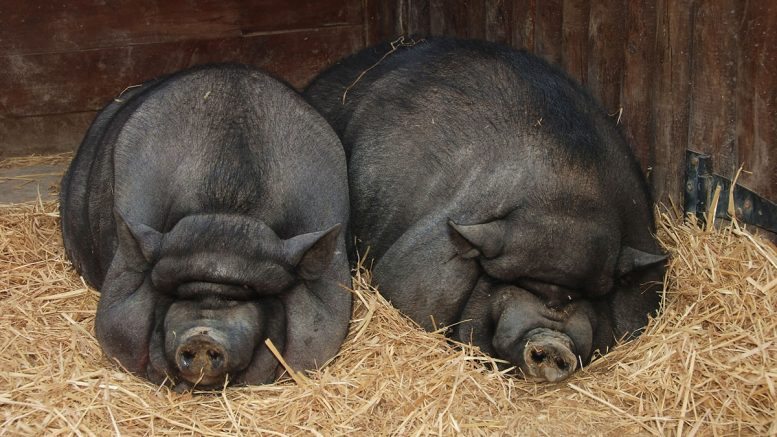 Are you ready for a pig-organ transplant? This goes beyond stretching the boundaries of ethics, it blows them to smithereens. ⁃ TN Editor

A hybrid human-pig embryo has been injected into a sow’s womb as scientists push the ethical boundaries of science in the hope that they can create lifesaving donor organs.

Scientists from the Salk Institute – a biological research organisation in California – have taken cells from pigs and people to create an embryo that was then inserted into a female pig.

As part of initial experiments, several different types of human cells were inserted into pig embryos in petri dishes to determine which cells were the best match for the pig embryo.

The human cells which worked best with the pigs’ were infant ones which have the potential to develop into all adult cell types – known as a pluripotent cell.

The cells that survived eventually formed a human/pig embryo, which were then injected into female pigs and allowed to develop for around a month.

Lead author of the research, Izpisua Belmonte, told Futurism: “This is long enough for us to try to understand how the human and pig cells mix together early on without raising ethical concerns about mature chimeric animals.”

However, even the strongest surviving cells were relatively weak, but at this stage it is more of a trial and error process, the scientists pointed out.

Dr Belmonte: “At this point, we wanted to know whether human cells can contribute at all to address the ‘yes or no’ question.

Won’t this violate Standards in creation?