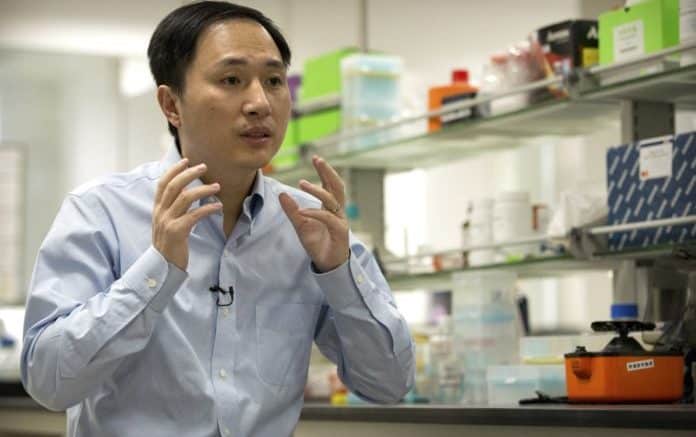 Please Share This Story!
PDF 📄
In 2018, He Jiankui created a storm of protest when he used CRISPR technology to produce HIV resistance twins. Now it appears that he not only failed, but created unwanted mutations. Other geneticists are calling him a fraud, an idiot, or both. ⁃ TN Editor

The gene editing performed on Chinese twins to immunise them against HIV may have failed and created unintended mutations, scientists have said after the original research was made public for the first time.

Excerpts from the manuscript were released by the MIT Technology Review to show how Chinese biophysicist He Jiankui ignored ethical and scientific norms in creating the twins Lula and Nana, whose birth in late 2018 sent shockwaves through the scientific world.

He made expansive claims of a medical breakthrough that could “control the HIV epidemic”, but it was not clear whether it had even been successful in its intended purpose – immunising the babies against the virus – because the team did not in fact reproduce the gene mutation that confers this resistance.

A small percentage of people are born with immunity because of a mutation in a gene called CCR5 and it was this gene that He had claimed to have targeted using a powerful editing tool known as Crispr which has revolutionised the field since 2012.

Fyodor Urnov, a genome-editing scientist at the University of California, Berkeley told the MIT Technology Review: “The claim they have reproduced the prevalent CCR5 variant is a blatant misrepresentation of the actual data and can only be described by one term: a deliberate falsehood.

“The study shows that the research team instead failed to reproduce the prevalent CCR5 variant.”

While the team targeted the right gene, they did not replicate the “Delta 32” variation required, instead creating novel edits whose effects are not clear.

Moreover, Crispr remains an imperfect tool because it can lead to unwanted or “off-target” edits, making its use in humans hugely controversial. Here, the researchers claimed to have searched for such effects in the early-stage embryos and found just one – however it would be impossible to carry out a comprehensive search without inspecting each of the embryo’s cells, and thus destroying it.

In a country with absolutely no government restraint, a self-important elitist leader who only had to announce himself as president for life XI without any resistance, a compliant population that has never had rights of any kind and clearly refuses to take them by force (Hong Kong excepted), prison camps for Muslims and indigenous peoples? The outcome of China’s so-called ‘research’ says it all. It’s not research. It’s science by tyranny. Isn’t it all too clear that the Chinese authorities DO NOT value life, any life? Rather, Chinese scientists have claimed authority over it in their arrogance and stupidity. They… Read more »