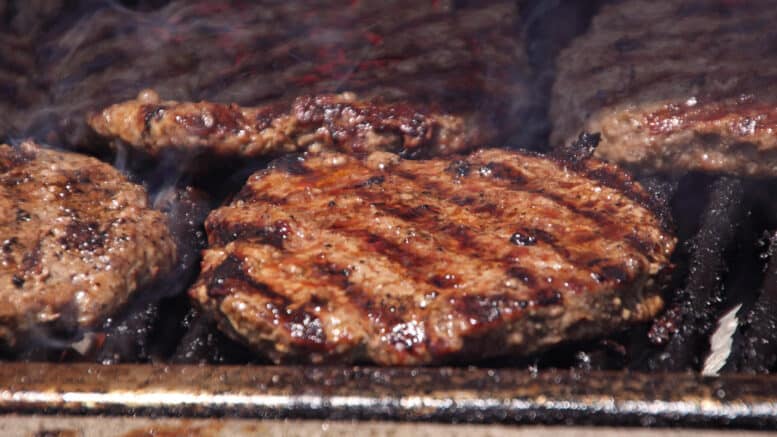 Please Share This Story!
PDF 📄
GMO Golden Rice that added Vitamin A to its kernels failed miserably. Technocrats are back trying to do the same thing with beef, predicated on the belief that they can do better than the plain old ‘unhealthy’ variety. Transgenic means crossing genes from different kingdoms of life: plants and animals. ⁃ TN Editor

Red meat fans are probably used to hearing about all the links their favorite beef products have to poor health. Researchers at Tufts University say they’ve created a way for health-conscious meat lovers to have their cake and eat it too. The team has genetically engineered cow muscle cells to produce the same nutrients found in plants.

Just like golden rice has been engineered to include beta carotene, scientists are now doing the same with cell-cultured meat. Beta carotene is a provitamin in carrots and tomatoes which beef cells do not naturally produce. Scientists created golden rice in the 1990’s as a way of enhancing the nutritional value of white rice, which also lacks this precursor to vitamin A.

“Cows don’t have any of the genes for producing beta carotene,” says lead author Andrew Stout in a press release. “We engineered cow muscle cells to produce this and other phytonutrients, which in turn allows us to impart those nutritional benefits directly onto a cultured meat product in a way that is likely infeasible through animal transgenics and conventional meat production.”

Are cows now walking around with plant nutrients in them?

The short answer is no. The Tufts University team focused their study on cultured meat, which is created by harvesting muscle cells from living cows. Instead of slaughtering the animals, scientists painlessly feed and nurture harvested cells until they multiply to create muscle tissue. Biologically, this is the same tissue humans consume when they eat red meat. Unlike regular meat however, scientists can alter cultured meat’s shape, texture, and nutritional profile to fit the customer’s tastes.

Using the same techniques that creates golden rice, researchers maneuvered the cow cells into producing beta carotene as well. Stout adds this proves scientists can create a meat alternative that is nutritionally superior to farmed meat.

Another benefit of this genetic breakthrough, study authors find, is the lack of cancer-causing agents in the meat.

“We saw a reduction in lipid oxidation levels when we cooked a small pellet of these cells when they were expressing and producing this beta carotene,” Stout reports.

The biomedical engineering PhD student explains that lipid oxidation is one of the key factors linking processed meats to diseases like colorectal cancer.

“I think that there is a pretty compelling argument to be made that this could potentially reduce that risk.”

Beef liver has more than enough vitamin A, and if you really want to get beta-carotene, just eat, I don’t know, maybe carrots and tomatoes? Besides, humans don’t need any phytonutrients (many of those are just plant toxins) and their benefit is dubious.