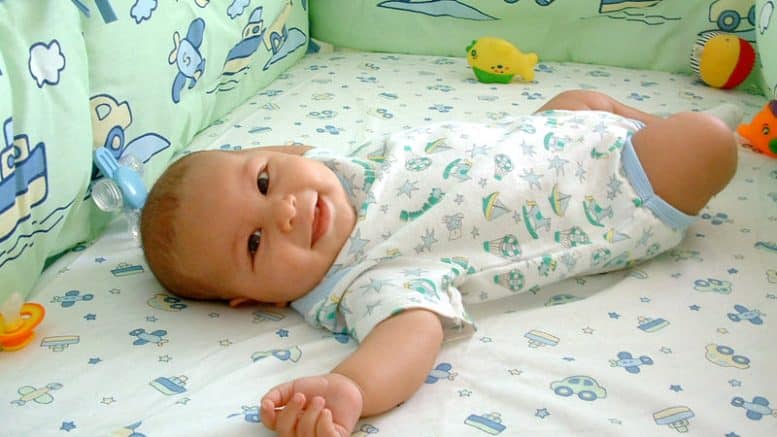 Technocrats are bent on recreating society and humanity in their own image, according to science and the Scientific Method. They believe they are hijacking the evolutionary process and that they can design and micro-manage the society of the future. ⁃ TN Editor

When Julie Schlomer got the news that she was finally pregnant at the age of 43, her thoughts turned to the other mothers. There were three of them in all, complete strangers, but they shared an extraordinary bond made possible by 21st-century medicine and marketing.

They were all carrying half-siblings.

Under a cost-saving program offered by Rockville-based Shady Grove Fertility, the women split 21 eggs harvested from a single donor — blue-eyed, dark-haired, with a master’s degree in teaching. Each had the eggs fertilized with her partner’s sperm and transferred to her womb.

Schlomer gave birth to twins, a son and daughter, now 3. She hopes her children will one day connect with their genetic half-siblings.

“I would love to see pictures of the other kids, to talk to them,” Schlomer said.

The multibillion-dollar fertility industry is booming, and experimenting with business models that are changing the American family in new and unpredictable ways. Would-be parents seeking donor eggs and sperm can pick and choose from long checklists of physical and intellectual characteristics. Clinics now offer volume discounts, package deals and 100 percent guarantees for babymaking that are raising complicated ethical and legal questions.

According to the Centers for Disease Control and Prevention, 12 percent of American women 15 to 55 — 7.3 million — have used some sort of fertility service; the use of assisted reproductive technologies has doubled in the past decade. In 2015, these procedures resulted in nearly 73,000 babies — 1.6 percent of all U.S. births. The rate is even higher in some countries, including Japan (5 percent) and Denmark (10 percent).

Most couples use their own eggs and sperm, turning to doctors to facilitate pregnancy through techniques such as in vitro fertilization (IVF). But the use of donor gametes is on the rise. The donor-egg industry, in particular, has taken off in the past decade with the development of a safe and reliable egg-freezing process. The number of attempted pregnancies with donor eggs has soared from 1,800 in 1992 to almost 21,200 in 2015.

Yet in the United States, the industry remains largely self-regulated. Questions abound about the recruitment of donors; the ethics of screening and selecting embryos for physical characteristics; the ownership of the estimated millions of unused eggs, sperm samples and embryos in long-term storage; and the emerging ability to tinker with embryos via the gene-editing tool CRISPR.

Earlier this year, a group of donor-conceived adults documented numerous ethical lapses in the industry, including donors who lied to prospective parents about their health histories and other qualifications, and clinics that claimed to have limited donations from some individuals — while permitting those individuals to submit hundreds of samples. They called on the Food and Drug Administration to provide more oversight of the “cryobanks” that gather, store and sell the most precious commodities in the industry — sperm and eggs.