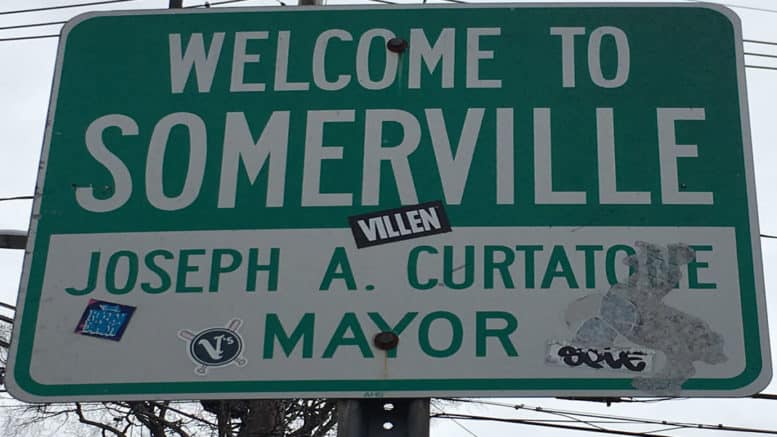 Please Share This Story!
PDF 📄
TN predicts that the city rush is on to ban facial recognition tech. In this case, Somerville got this right: “the public use of face surveillance can chill the exercise of constitutionally protected free speech.” ⁃ TN Editor

Is it a movement? Or just a couple of outliers that will forever remain on the periphery of the surveillance state? It’s too early to say, but at least we can now say San Francisco isn’t an anomaly.

Somerville, Massachusetts just became the second U.S. city to ban the use of facial recognition in public space.

Last month, San Francisco became the first city in the nation to ban the use of facial recognition tech by city government agencies. While it can’t keep the federales from rolling in and deploying the software against city residents, it does prevent local law enforcement from deciding this is the tech toy it can’t live without.

The ordinance passed in Somerville is pretty much the same thing. No local use, but federal-level use is OK. To be fair, the city can’t regulate the activities of the federal government. It could have forbidden local agencies from working with federal agencies using facial recognition tech, but it didn’t go quite that far.

This is a solid move, one that certainly looks smarter than allowing local cops to load up on tech that’s been roasted by Congress and (still!) sports a pretty gaudy failure rate.

If other cities are interested in joining the very short list of facial recognition banners, activists have created a few road maps for governments to use. At the moment, the greatest chance for success appears to be at the hyper-local level. The ACLU says it all comes down to cities making the most of their limited power.

“At the municipal level, it’s different,” Crockford said. “State governments have the capacity to regulate, whereas local governments really don’t. They don’t have the ability, for example, to create new institutions that could oversee, with sufficient care and attention, the implementation of an oversight or accountability system to guard against civil rights and civil liberties abuses.”

Generating momentum at the state level may be difficult until more cities are on board. If bans like these become more common, state legislators may respond favorably to wind direction changes and finally push back a bit against entrenched interests with an inordinate amount of power, like police unions and incumbent politicians with an authoritarian bent.

Ordinance: Banning the usage of facial technology surveillance in Somerville

WHEREAS, the broad application of face surveillance in public spaces is the functional equivalent of requiring every person to carry and display a personal photo identification card at all times.

WHEREAS, face surveillance technology has been shown to be far less accurate in identifying the faces of women, young people, and people of color, and that such inaccuracies place certain persons at an elevated risk of harmful “false positive” identifications.

WHEREAS, the public use of face surveillance can chill the exercise of constitutionally protected free speech.

WHEREAS, the broad application of face surveillance in public spaces is the functional equivalent of requiring every person to carry and display a personal photo identification card at all times.

WHEREAS, the benefits of using face surveillance, which are few and speculative, are greatly outweighed by its harms, which are substantial.

THEREFORE, BE IT RESOLVED, THAT THE SOMERVILLE CITY COUNCIL ADOPTS THE FOLLOWING:

(A) “Face surveillance” shall mean an automated or semi-automated process that assists in identifying an individual, capturing information about an individual, based on the physical characteristics of an individual’s face.

(C) “Somerville” shall mean any department, agency, bureau, and/or subordinate division of the City of Somerville.

(D) “Somerville official” shall mean any person or entity acting on behalf of the Somerville, including any officer, employee, agent, contractor, subcontractor, or vendor.

SECTION 2. Ban on Government Use of Face Surveillance.

(A) It shall be unlawful for Somerville or any Somerville official to obtain, retain, access, or use:

(1) Any face surveillance system; or

(2) Any information obtained from a face surveillance system.

(A) Suppression. No data collected or derived from any use of face surveillance in violation of this Somerville and no evidence derived therefrom may be received in evidence in any trial, hearing, or other proceeding in or before any court, grand jury, department, officer, agency, regulatory body, legislative committee, or other authority subject to the jurisdiction of the City of Somerville. Face surveillance data collected or derived in violation of this Ordinance shall be considered unlawfully obtained, and shall be deleted upon discovery.

(B) Cause of Action. Any violation of this Ordinance constitutes an injury and any person may institute proceedings for injunctive relief, declaratory relief, or writ of mandate in any court of competent jurisdiction to enforce this Ordinance. An action instituted under this paragraph shall be brought against the respective City department, and the City and, if necessary to effectuate compliance with this Ordinance, any other governmental agency with possession, custody, or control of data subject to this Ordinance.

(C) Statutory Damages. Any person who has been subjected to face recognition in violation of this Ordinance, or about whom information has been obtained, retained, accessed, or used in violation of this Ordinance, may institute proceedings in any court of competent jurisdiction against the City and shall be entitled to recover actual damages, but not less than liquidated damages of $1,000 or $100 for each violation, whichever is greater.

(D) Fees. A court shall award costs and reasonable attorneys’ fees to a plaintiff who is the prevailing party in an action brought under Section 3(B) or (C).

(E) Training. Violations of this Ordinance by a City employee shall result in consequences that may include retraining, suspension, or termination, subject to due process requirements.