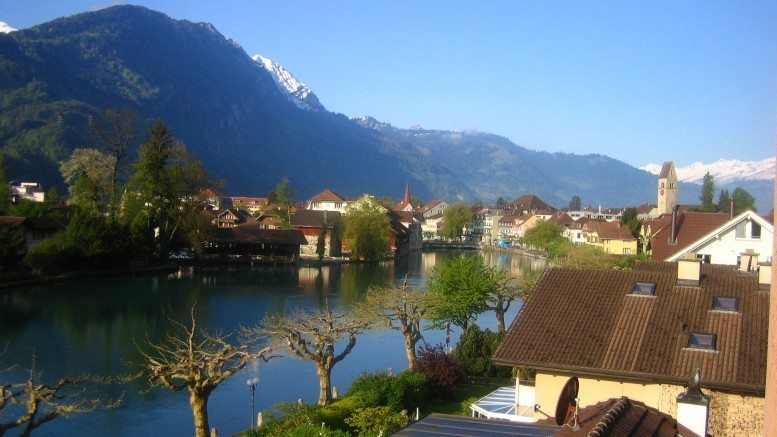 The efforts of grass-roots ‘deniers’ is paying off in Switzerland. When people see through the scam of climate change and green economy, they will naturally reject it; this is exactly why Technocrats want to clamp down on free speech around the world. ⁃ TN Editor

A proposal to reduce Switzerland’s carbon footprint by promoting a sustainable economy has seen a substantial drop in support ahead of a nationwide vote. Pollsters expect the initiative to fail at the ballot box on September 25.

“There is a clear trend towards a No majority,” says political scientist Martina Mousson of the GfS Bern polling and research institute, which carried out the poll.

The initiative lost 10% of its backing among respondents compared with a previous survey four weeks ago. At the same time, opponents of the initiative put forward by the Green Party gained 14%, picking up some support from the undecided camp.

The change is also due to a majority of men and grassroots efforts from centre-right political parties coming out against the initiative, says Mousson, who points to “a stark difference of opinions between men and women”.

She says the promoters of the initiative set the pace at an early stage in the campaign, using social media to spread their message.

The opposing camp has stepped up its campaign in the meantime, successfully attacking the supporters’ arguments, says Mousson.

Pollsters say they expect the Green initiative to fail at the ballot box by up to 54%, barring a major incident in the next few days.

So true, Mr. Wood! I pray Ted Cruz prevails in his attempt to stop Obama’s handover to ICANN. Surely there is nothing more urgent!

Hope that we can trustTed NOT to be merely a sneaky trilateral Goldman sachs globalist running interference for purveyors of the NWO 2030 agenda. Success on this effort would be well appreciated and help with tarnish removal from a political career that began as much better than average.