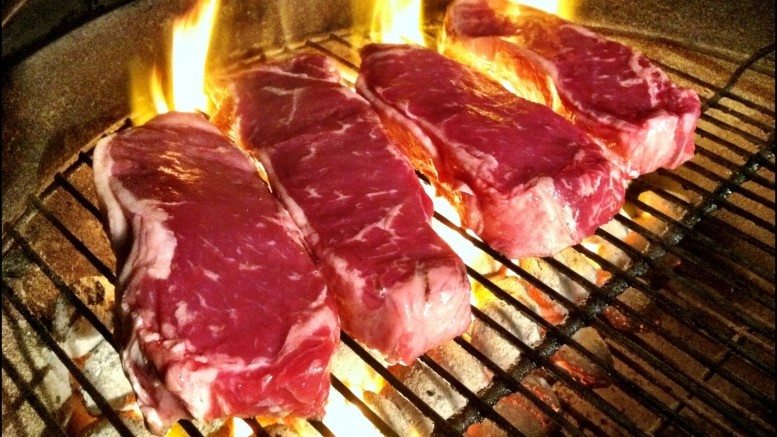 Please Share This Story!
PDF 📄
The United Nations would like to remove every meat animal from the face of the planet, if it could, and especially cattle. People, they say, would be much more sustainable if they ate insect protein instead. ⁃ TN Editor

Meat should be taxed at the wholesale level to raise the price and deter consumption, says a new report from the UN’s International Research Panel (IRP). This will (supposedly) save the environment and prevent global warming.

“I think it is extremely urgent,” said Professor Maarten Hajer of Utrecht University in the Netherlands, lead author of the report. “All of the harmful effects on the environment and on health needs to be priced into food products.”

Hajer and other members of the IRP assert that livestock creates 14.5 percent of the greenhouse gas emissions that contribute to climate change.

Sneak the tax up on people

Rather than taxing the meat at the retail level (in supermarkets and shops), Hajer recommended taxing it at the wholesale level. “We think it’s better to price meats earlier in the chain, it’s easier,” said Hajer.

“The evidence is accumulating that meat, particularly red meat, is just a disaster for the environment,” agrees Rachel Premack, a columnist for The Washington Post’s Wongblog.

“Agriculture today accounts for for one-third of global greenhouse gas emissions that promote global warming,” says Premack, “and half of those agriculture emissions come from livestock.”

“Agriculture consumes 80 percent of water in the US – most of that being for meat, says Premack. “… For a kilogram of red meat, you need considerably more water than for plant products.”

“Meanwhile, Denmark is considering a recommendation from its ethics council that all red meats should be taxed,” Premack continues. “The council argued in May that Danes were “ethically obliged” to reduce their consumption to curb greenhouse gas emissions.”

Red meat can be a health issue unless organically raised beef, pork, lamb, goat is eaten in moderation, as all has saturated fats, but less so if organic avoiding hormones, GMO corn and other grain feed to make them fatter. Goats and sheep providing milk, cheese, butter are cheaper for farmers to raise, which I prefer to eat. The UN control freaks don’t look at other options as they want everyone to either eat bugs or vegetables only. Chickens, other birds are full of hormones and gmo feed, should be organic raised. Nuts, seeds and organic protein powders like hemp,… Read more »

It is not about green house gases, it is greed. and the will to depopulate earth by 80%.