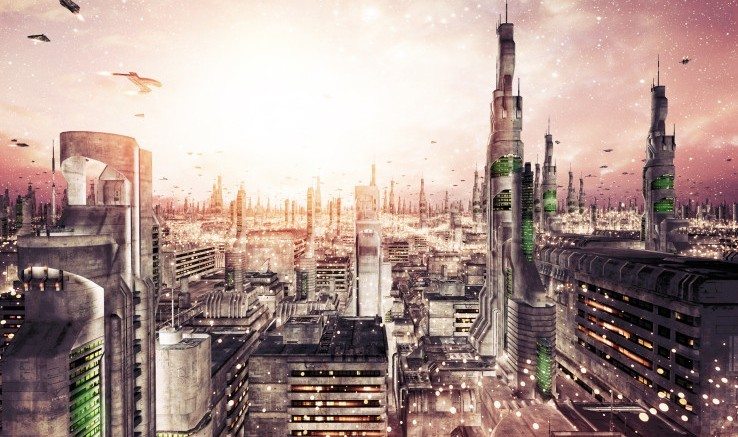 This article opines, “A common complaint about greenfield smart city deployments is that they’re antiseptic — they lack character”, and they are correct. Technocrats who promote Smart Cities are antiseptic by nature, pushing only efficiency and design; people are merely objects, and sometimes inconveniences, in the design process. ⁃ TN Editor

Songdo, South Korea began its life as tidal marshland. Now it’s leading the charge into the future of smart cities. Once home to small-scale fishing operations, Songdo comprises massive, LEED-certified buildings, an efficient garbage collection system and even an island for rabbits.

The project began in 2000, when 500 tons of sand were poured into the marshland, laying the foundation for architectural achievements like the Northeast Asian Trade Tower, a 68-story building that is now the tallest in South Korea.

While Songdo is nearing completion and the flashy, meticulously designed buildings certainly suggest an eye on the future, much of what makes Songdo impressive lies under the surface. For example, the entire city is connected by an underground network of pipes that serve to funnel garbage directly from residents’ apartments into the highly automated waste collection plant. The garbage is automatically sorted and then recycled, buried or burned for fuel. This might be Songdo’s most avant-garde integration, and only seven employees are needed to handle the entire city’s garbage.

Songdo has the benefit of being a greenfield deployment, meaning that the city’s infrastructure could be designed beforehand, based on the predicted needs of the architecture and residents, instead of being integrated reactively, as is the case with most smart city deployments. Integrating Songdo’s garbage collection system with cities like San Francisco or New York would take years of legislation and astronomical amounts of money.

Not all of Songdo’s future-focused initiatives are out of reach for established cities, though. Songdo has sensors everywhere — to monitor temperature, energy use, traffic flow and the salt water canal that runs through the city. Sensor prices have dropped drastically over the past few years, allowing an unprecedented degree of connection even to established cities. Still, most cities have been reluctant to roll out full-fledged initiatives for smart city deployments. There’s great optimism surrounding the smart city discussion, but that optimism seems to wilt whenever someone asks “Who’s going to fund this?”

The city certainly isn’t going to, at least in the case of San Francisco. While SF does have an outrageous $9.6 billion budget for the 2016-2017 fiscal year, most of that will be funneled toward the mismanagement of the city’s disastrous infrastructure. It’s a fair question to ask why they can’t dedicate a portion of that budget to smart city initiatives, but maybe they were relying on the $50 million Smart City Challenge award from the federal government, for which they were a contender. If they had won the award, private contributions would have been added to the federal award, bringing the total for the initiative to $200 million.

The federal government has dedicated $80 million in new investments toward its smart city program, but that money will be spread out over 70+ cities, bringing the average to a whopping $1.1 million per city. That might sound like a lot of money (it is), but when you compare it to, for example, the average price of repaving one mile of a four-lane road ($1.25 million), it isn’t exactly breathtaking. And even if you think the SF municipal government could do great things with more money, keep in mind that it’s the same government that allows somewhere between 6,000 and 10,000 people to sleep on the streets, while dedicating $224 millionto keeping them off of them.

Current funding for smart city initiatives is only good enough for proof-of-concept trials, which would lead, at best, to a piecemeal approach to smart city construction. The reluctance is understandable — Songdo cost roughly $35 billion to build from scratch — but without genuine investment in changing the infrastructure of a city to fit smart city needs, widespread deployment will be riddled with integration and adoption issues. Maybe the biggest obstacle to its full deployment is one question: Are smart cities profitable?