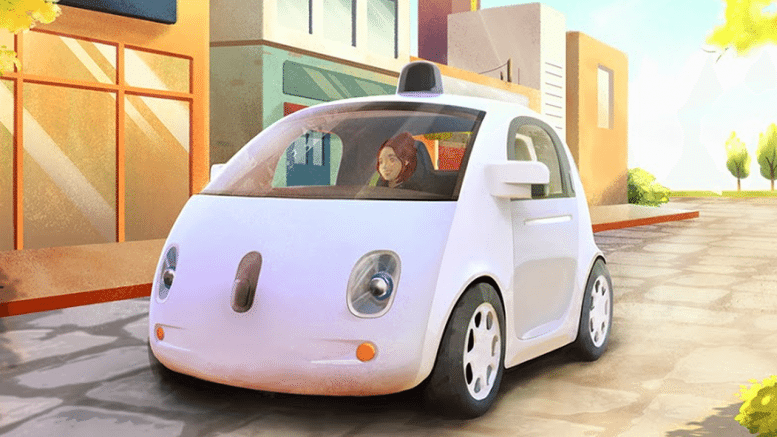 Originally developed in the 1930s, Technocracy is a replacement economic model for capitalism and free enterprise, based on energy usage and consumption instead of supply and demand. Sustainable Development and Green Economy are essentially equivalent terms that are used by the United Nations but originally coined by members of the elitist Trilateral Commission. This writer contends that these latter terms are also substantially equivalent to the original model of Technocracy, and this has been documented extensively in the book Technocracy Rising: The Trojan Horse of Global Transformation.

A new documentary called “The End of Ownership” has painfully highlighted a key element of Technocracy which requires a total transformation from direct ownership to utility usage. In other words, instead of owning things, you simply rent or lease them from the appropriate parties, with energy usage automatically bundled into the price. In part, this sounds the death knell of private property and the right of consumer choice in selecting desired products and lifestyles.

The End of Ownership’s storyline is as follows:

The birth of highly sustainable energy sources and other resources presents a double edged sword for the business sector. A company can remain vital and viable if the products they sell represent the cutting edge of technological advancement, but that same innovative spirit can also spell disaster for their bottom line. Businesses don’t want you to buy a single light bulb that can burn throughout your lifetime; they want you to buy many light bulbs over the course of your life. Therefore, the development and ultimate success of sustainable products requires a new economic model. The End of Ownership follows architect Thomas Rau as he puts one such model into motion.

Shortly after Thomas Edison invented the light bulb, a committee gathered to assess the economic feasibility of such a product. They decided to maximize their profitability by manufacturing the light bulb to burn at no more than 1,000 hours. By imposing limitations on the performance of the bulb, they ensured that many more bulbs could be sold. In Rau’s view, their decision also created an environment rife with waste that placed an unnecessary burden on the consumer.

Rau approached the Phillips technology company with a proposal: produce lighting solutions that work for the consumer, and assume the power costs as their own. In theory, the benefits of such an approach would be desirable for the consumer, the business, and the environment. The consumer essentially pays a rental fee for their lighting. Since the company is footing the electric bill, the product they provide is carefully designed to operate with extreme ease and efficiency to keep costs low. Currently, the program is rolling out across the business sector, and is resulting in astronomical energy savings for all involved.

Rau’s provocative new economic energy model has additional applications beyond the light bulb. The public housing sector has expressed interest in creating more efficient appliances throughout their properties as a means of saving money for their tenants.

The End of Ownership is an invigorating look at a potential future that can work better for all of us. Most valuably, it exposes a troubling current that runs through our modern culture: the things we own have a tendency to own us.

“Listen, I need so many hours of light in my premises every year. You figure out how to do it. If you think you need a lamp, or electricity, or whatever – that’s fine. But I want nothing to do with it. I’m not interested in the product, just the performance. I want to buy light, and nothing else.”

Since the above video documentary was released, Phillips says that “Pay per Lux” is catching on around the world as other agencies, architects and companies are requesting the same level of service.

Lighting is one thing, but the concept is much more far-reaching than that. Do you need a refrigerator, washer or dryer? An air conditioner, stove or microwave oven? Just fill out your requirements checklist and rent the unit – with energy costs bundled in – and pay by the month for as long as you are willing or able to pay.

If it hasn’t occurred to you yet, this is essentially the same scheme already used by cell phone companies to sell you communication services: You rent the phone with cellular minutes bundled in. So far, I have never, ever heard a consumer rave about how great this works. In fact, most people vocally complain about how they feel about getting gouged by their “carrier”.

Extrapolate the cell phone concept to all other energy-consuming appliances in your life and just think of the possibilities for aggravation and financial pain.

Even though these schemes are sold as money-saving, option expanding services, Technocracy could not care less about consumers and what they pay for things. Technocrats are only concerned with squeezing the last possible bit of efficiency out of the economic system.

In fact, in 1939 The Technocrat magazine defined Technocracy as follows:

Can you see why writers such as Huxley (Brave New World) and Orwell (Nineteen Eight Four) concluded that Technocracy would ultimately result in a tyrannical scientific dictatorship?

We have become victims of ours and others confabulations. If it sounds good, believe it regardless of whether it is even a remote possibility on the good planet Earth.

Pure nightmare.Techno feudalism.Everything is being ethereal including money.In my view, culture and civilization needs a good bit of tangibility to exist. I also think that this progressive de-materialization has already dealt a terrible blow to social relations.this is no longer a world built by people for people.