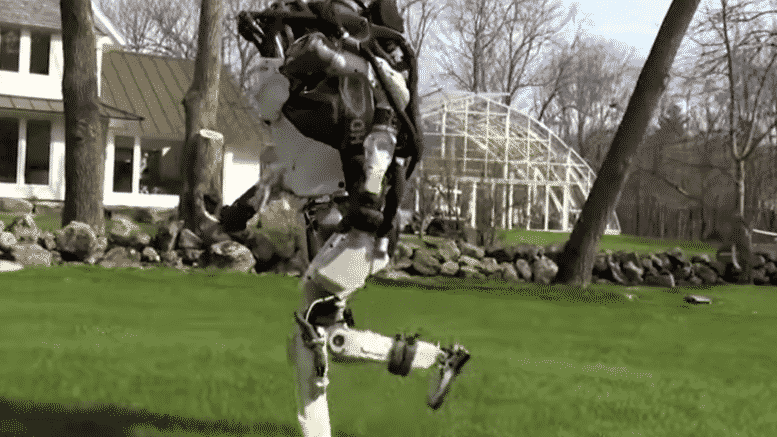 The results of Boston Dynamics inventions are fed back to the Defense Advanced Research Projects Agency (DARPA) to be used in creating super-soldiers that can dominate the battlefield. What could go wrong with that? It will also result in the complete domination of civilian populations as well. Both Boston Dynamics and DARPA are filled with Technocrats who invent because they can, not because there is an ethical reason for doing so. ⁃ TN Editor

The robot uprising is right on schedule as evidenced by Boston Dynamics’ latest “nightmare inducing” videos of their autonomous creations. In one, their humanoid robot Atlas can be seen running through a field as if in hot pursuit of John Connor, while another video shows “spot mini” prancing around – going up and down stairs, ominously.

“During the autonomous run, SpotMini uses data from the cameras to localize itself in the map and to detect and avoid obstacles,” reads the video description.

“Once the operator presses ‘GO’ at the beginning of the video, the robot is on its own.”

This can’t be good…

Even Boston Dynamics founder, Marc Raibert, admitted that the robots are creepy in a February 2017 demonstration of a wheeled robot, saying “This is the debut presentation of what I think will be a nightmare-inducing robot if you’re anything like me.”

The company was sold by Google to Japanese tech conglomerate SoftBank for an undisclosed sum last year, and has not revealed its plans. Needless to say, Japan is now making robots that may or may not be able to be equipped with shoulder-mounted lasers and miniguns, and are most definitely kamikaze.