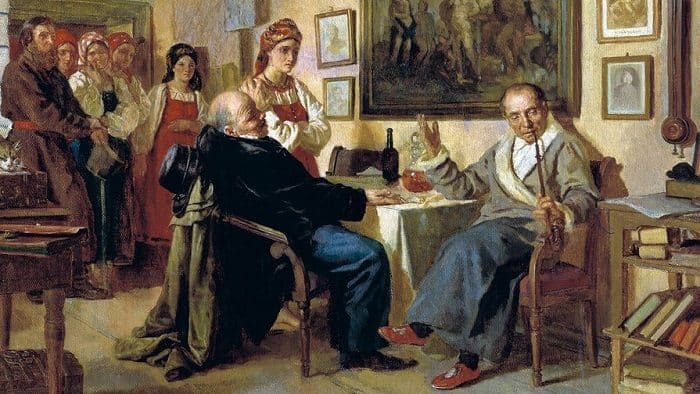 Please Share This Story!
PDF 📄
As Free Enterprise and Capitalism crumble at the disruptors of Technocracy, a very real human cost emerges and it isn’t pretty. Technocracy will lead the world back into the dark ages, with serfdom being the norm and property ownership reserved for a very few. ⁃ TN Editor

A 65-year-old New York City cab driver from Queens, Nicanor Ochisor, hanged himself in his garage March 16, saying in a note he left behind that the ride-hailing companies Uber and Lyft had made it impossible for him to make a living. It was the fourth suicide by a cab driver in New York in the last four months, including one Feb. 5 in which livery driver Douglas Schifter, 61, killed himself with a shotgun outside City Hall.

“Due to the huge numbers of cars available with desperate drivers trying to feed their families,” wrote Schifter, “they squeeze rates to below operating costs and force professionals like me out of business. They count their money and we are driven down into the streets we drive becoming homeless and hungry. I will not be a slave working for chump change. I would rather be dead.” He said he had been working 100 to 120 hours a week for the past 14 years.

Schifter and Ochisor were two of the millions of victims of the new economy. Corporate capitalism is establishing a neofeudal serfdom in numerous occupations, a condition in which there are no labor laws, no minimum wage, no benefits, no job security and no regulations. Desperate and impoverished workers, forced to endure 16-hour days, are viciously pitted against each other. Uber drivers make about $13.25 an hour. In cities like Detroit this falls to $8.77. Travis Kalanick, the former CEO of Uber and one of the founders, has a net worth of $4.8 billion. Logan Green, the CEO of Lyft, has a net worth of $300 million.

The corporate elites, which have seized control of ruling institutions including the government and destroyed labor unions, are re-establishing the inhumane labor conditions that characterized the 19th and early 20th centuries. When workers at General Motors carried out a 44-day sit-down strike in 1936, many were living in shacks that lacked heating and indoor plumbing; they could be laid off for weeks without compensation, had no medical or retirement benefits and often were fired without explanation. When they turned 40 their employment could be terminated. The average wage was about $900 a year at a time when the government determined that a family of four needed a minimum of $1,600 to live above the poverty line.

The managers at General Motors relentlessly persecuted union organizers. The company spent $839,000 on detective work in 1934 to spy on union organizers and infiltrate union meetings. GM employed the white terrorist group the Black Legion—the police chief of Detroit was suspected of being a member—to threaten and physically assault labor activists and assassinate union leaders including George Marchuk and John Bielak, both shot to death.

The reign of the all-powerful capitalist class has returned with a vengeance. The job conditions of working men and women, thrust backward, will not improve until they regain the militancy and rebuild the popular organizations that seized power from the capitalists. There are some 13,000 licensed cabs in New York City and 40,000 livery or town cars. The drivers should, as farmers did in 2015 with tractors in Paris, shut down the center of the city. And drivers in other cities should do the same. This is the only language our corporate masters understand.

The ruling capitalists will be as vicious as they were in the past. Nothing enrages the rich more than having to part with a fraction of their obscene wealth. Consumed by greed, rendered numb to human suffering by a life of hedonism and extravagance, devoid of empathy, incapable of self-criticism or self-sacrifice, surrounded by sycophants and leeches who cater to their wishes, appetites and demands, able to use their wealth to ignore the law and destroy critics and opponents, they are among the most repugnant of the human species. Don’t be fooled by the elites’ skillful public relations campaigns—we are watching Mark Zuckerberg, whose net worth is $64.1 billion, mount a massive propaganda effort against charges that he and Facebook are focused on exploiting and selling our personal information—or by the fawning news celebrities on corporate media who act as courtiers and apologists for the oligarchs. These people are the enemy.

Ochisor, a Romanian immigrant, owned a New York City taxi medallion. (Medallions were once coveted by cab drivers because having them allowed the drivers to own their own cabs or lease the cabs to other drivers.) Ochisor drove the night shift, lasting 10 to 12 hours. His wife drove the day shift. But after Uber and Lyft flooded the city with cars and underpaid drivers about three years ago, the couple could barely meet expenses. Ochisor’s home was about to go into foreclosure. His medallion, once worth $1.1 million, had plummeted in value to $180,000. The dramatic drop in the value of the medallion, which he had hoped to lease for $3,000 a month or sell to finance his retirement, wiped out his economic security. He faced financial ruin and poverty. And he was not alone.