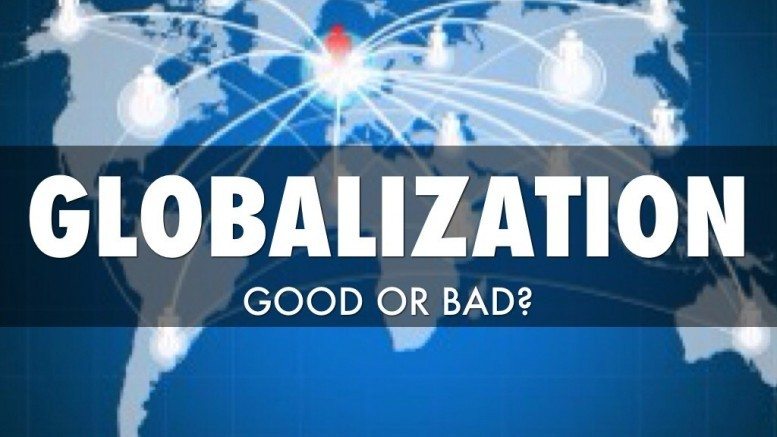 Please Share This Story!
PDF 📄
The United Nations, chief promotor of globalization around the world, has demonstrated a religious flair in recent years, and has been able to co-opt many main-line religions into the “green” camp. However, there are more orthodox Bible scholars who are taking exception to it all.  ⁃ TN Editor

Prominent theologians and scholars are saying this week that while globalism may be a buzzword this election season, too few understand the demonic forces driving this ideology.

As The New York Times reported Monday, until relatively recently it was rare to hear people referred to as “globalists” but the label is more common now. And while many globalists claim to have the interests of the entire world at heart, the irony is that they have become a tribe of sorts; and they are a wealthy, elite, and powerful tribe for whom national borders are an impediment to their agenda.

While many definitions for globalism exist, a wide chasm separates 1) necessary global exchanges in an increasingly interconnected world, like trade, legal immigration, and the cooperation and sharing of ideas across borders, and 2) globalism as a secular humanistic religion of sorts that envisons a one-world government.

For the second definition of globalism, such views are antithetical to a Christian worldview, according to some, even as the Church itself is global and the Kingdom of God is not constrained by national borders.

“A major objection to globalism from a spiritual and biblical point of view is that many of the globalists are pushing for a global value system,” said Wallace Henley, senior associate pastor of 2nd Baptist Church in Houston, Texas in a Tuesday phone interview with The Christian Post.

Henley, who has written recently on CP about national borders (see part 1 here, part 2 here, and part 3 here) further explained that there is an anti-Christ spirit at work in the world that opposes the Kingdom of Christ, which is righteousness, peace, and joy in the Holy Ghost.

In a September 4 American Thinker article titled, “Globalism: the Religion of Empire” theologian Fay Voshell noted similarly that “[l]ike the Christian vision of the universal Kingdom of God, the religion of secular globalism claims universality, but is an earthly minded substitute for the Church universal. The Christian vision sees the Church universal as God’s kingdom ruling the earth. The religion of globalism sees an earthly, utopian world order in which all men pay allegiance to elite priests who rule over a World City without national borders.”

That lack of borders, Henley continued, is particularly problematic, “because within borders a particular civilization can choose to uphold those principles that we [as Christians] believe are at the heart of what makes a civilization a civilization.”

Without nation-states within those borders, “the only alternative to that is a global governance scenario which is terrifying,” he added.

Political tensions in the past year such as the populist backlash against Germany’s acceptance of hundreds of thousands of refugees from the Middle East, Britain’s vote to leave the European Union, and the contentious Republican primary that produced a Donald Trump candidacy for President have showcased nationalist revolts against globalist ideas and influence.

In an 18-point essay that went viral on Charisma News in August, Pastor Jim Garlow of Skyline Church in San Diego suggested that perhaps the most important reason for Christians to support Donald Trump, is that he opposes globalism whereas Clinton thrives on it.

“Globalism is far more than ‘geographical’ or ‘eliminating national borders and boundaries,'” Garlow wrote. “It is spiritual and demonic at its core. Few — very few — understand this. This is quite likely one of the main reasons why Trump is hated. Do your homework on this one. Think ‘principalities and powers.'”