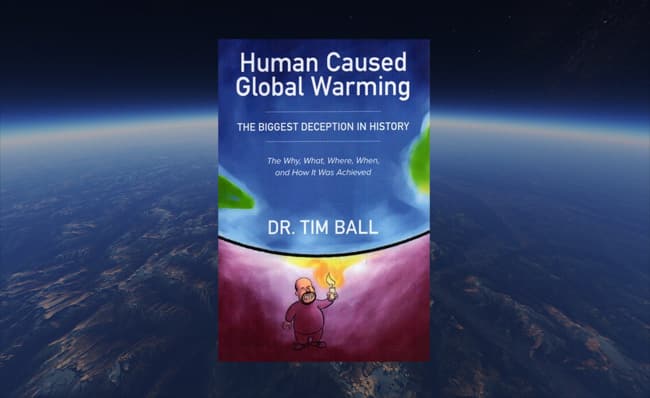 In my early days of dealing with the media on climate and environmental issues, I chose my words carefully to reduce the possibility of misinterpretation and misinformation. It didn’t take long to learn that the interview lasts until the reporter has the sound bites they want for their story. I was given a good lesson by a young reporter after a fair and balanced interview. I thanked her for her fairness and professionalism. She replied you are an easy well-informed interview. However, she said if I can be so bold as a young person, I would remind you that for almost all the reporters the story is everything. They only want statements that support their story.

From then on, I simply gave answers without regard to how it might be misused because that was a given. I quickly learned that this worked for me and against the media. If someone asked me if I made a particular statement selected by the reporter I only had to say it was taken out of context to receive an understanding nod.

The current battle for control of the people involves exploitation of the way normal large-scale change occurs in society. Thomas Kuhn defined these changes, called paradigm shifts, as “a fundamental change in approach or underlying assumptions.”

Two of the most important in the 20th century were feminism and environmentalism. Both are reverberating around the world as people struggle to understand so they can adopt or adapt before they can accept them.

The sequence in which societies deal with a new paradigm is the same, the only thing that varies is the rate of adoption. This is determined primarily by the nature of the society involved. The discussion here involves the United States because it is the most open to innovation without the limitations of control.

With environmentalism and feminism, most could quickly see the positive side. They hesitated because of the conservatism of experience. They know that with any change there are winners and loser and they don’t know enough to determine how it will impact them. The range of responses varies from those who will resist to the end to those who grab the idea almost immediately. This group see the financial and political potential, or both, and seize the opportunity. Most people don’t resist because there is common sense at the core of the paradigm.

We needed environmentalism because it makes no sense to soil your nest. We needed feminism because the levels of inequality were simply wrong. The question for most is presented in the general statement; this is a good idea, but how far do we go with it?

Environmentalism is my focus here, but the comments apply to any new paradigm. The first objective of the small group is to take control by seizing the moral high ground. This occurred very quickly and very deliberately. The message they promoted was clear; the planet was under siege because of human actions, especially industrialization and development. The threat is real and urgent, so you must not question or oppose. The agency that created and promoted the threat of environmental degradation was the Club of Rome (COR)

“we are facing an imminent catastrophic ecological collapse“… “our only hope is to transform humanity into a global interdependent sustainable society, based on respect and reverence for the Earth.”

In short, only we can save you. No nation can deal with a global threat, so you need a global government. Organizations formed, such as Greenpeace and the Sierra Club who saw the political opportunities. Patrick Moore, co-founder of Greenpeace started it with very good intentions based solely on science. As he told me, within four years, the Marxists moved in, and after a couple of years fighting them, he left to tell the world what was going on.

A constant theme through this “imminent ecological collapse” was encapsulated in the following statement produced by a subset of the COR, the Green Cross Charter.

“Life is sacred. All forms of life have their own intrinsic value and share our planetary home in an interdependent community. All parts of this community are essential to the functioning of the whole. The beauty of the Earth and its life is food for the human spirit, inspiring human consciousness with wonder, joy and creativity. Human beings are not outside or above the community of life. We have not woven the web of life, we are but a strand in it. We depend on the whole for our very existence. For the first time in history, human beings have the capacity to damage, knowingly or unknowingly, the ecological balances on which all life depends. The crisis is urgent.“

Members of the Charter Board include Mikhail Gorbachev, Ted Turner, Robert Redford and David Suzuki.

Analysis of this statement provides insight. It is designed to apply emotional pressure and play on guilt, a classic religious ploy to control. The opening phrase “Life is sacred” is meaningless, yet has religious connotations, which is rich coming from people who abhor and reject religion. The article raises the challenge Alfred Russell Wallace made to Darwin. Explain how and why humans are so different than any other plant or animal. Darwin did not, and could not do it.

Proponents of the new paradigm began a campaign of identifying the many ways humans were exercising “the new capacity to damage…the ecological balances on which all life depends.” This ignores the fact that all human activity is simply evolution and development. We are succeeding as Darwin’s theory proposes, the fittest will succeed. It also ignores the fact that everything humans do is natural. As Goethe said, “The unnatural, that too is natural.” 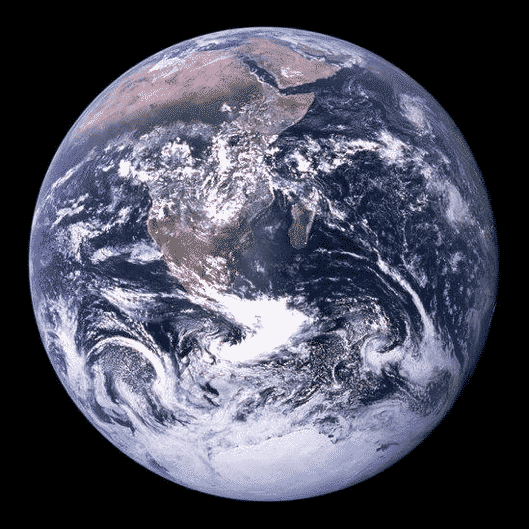 Humans are symbolic creatures and images and slogans profoundly influence how we think. Probably the most effective symbol in promoting environmentalism was the image of the Earth from space taken by the astronauts of Apollo 8 (Figure 1).

The image made us aware of a finite planet and phrases appeared like, ‘spaceship Earth ‘and ‘the little blue marble’, that underscored the limits to growth pushed by the environmental community. Other phrases were deliberately created to emphasize the point, such as Gro Harlem Brundtland’s ‘sustainable development’ or Rene Dubos’ ‘think globally, act locally.’ The first phrase was classic political propaganda because it meant everything to everyone and nothing to anyone.

Anyone who dared to challenge was easily marginalized as not caring about the children, grandchildren, or the planet. A series of examples of damage were pursued from acid rain to desertification, to ozone destruction, to elimination of the rain forests. There was no evidence to support any of them. Aaron Wildavsky assigned his graduate political science students to pick any environmental issue they wanted and answer the question, is it true? They found there was no evidence to support any of the claims. It was so shocking that he published a book with the results titled, “But is it True?”

Because these threats of impending doom and catastrophe were unsupported by empirical evidence and often, incorrect theory, they would unravel. People start to notice, questions are asked, but answers aren’t satisfactory. Promoters and exploiters of the new paradigm have a choice, they can accept the evidence, or they can double down. They chose the latter, but that requires raising the level of the threat by becoming more shrill and extreme. This accelerates public the reaction because by their actions they define the limits to the new idea for the majority.

People now understand the price to pay for extreme environmentalism. An early example was hidden in the actions of the US Senate when confronted with the Kyoto Protocol. It was built on the false claim that human CO2 was causing the global disaster of global warming. Everybody wants to appear green, especially the politicians. The Senators had to vote on Kyoto because it was a treaty. Voting against it would appear to be anti-environment. Instead, they introduced the Byrd/Hagel Resolution to vote on whether they should vote on Kyoto. The debate on the Resolution identifies the costs to the economy and the loss of jobs against the mitigation of global warming. They voted 95-0 not to vote on Kyoto.

We are at a critical point in the history of the environmental paradigm shift. It is firmly entrenched as a different way of living, and that is good. The extremism and eco-bullying served to define the limits of adaptation.  With feminism and environmentalism, there is a point at which the majority realize they are losing more than they are gaining. We are getting close. This pattern is normal. However, I have a different concern with environmentalism. The extremists and proponents lied, distorted, overstated, and deliberately misled people so that it became a modern ‘cry wolf’ problem.

The outcome was that eventually, the boy cried wolf falsely so often the villagers stopped listening, and when it was real, they ignored him. This is my concern with environmentalism. When the public discovers the extent of the lies, they will not respond, and real issues will be ignored. Hopefully, as people learn about paradigm shifts, they will understand and respond calmly and appropriately.