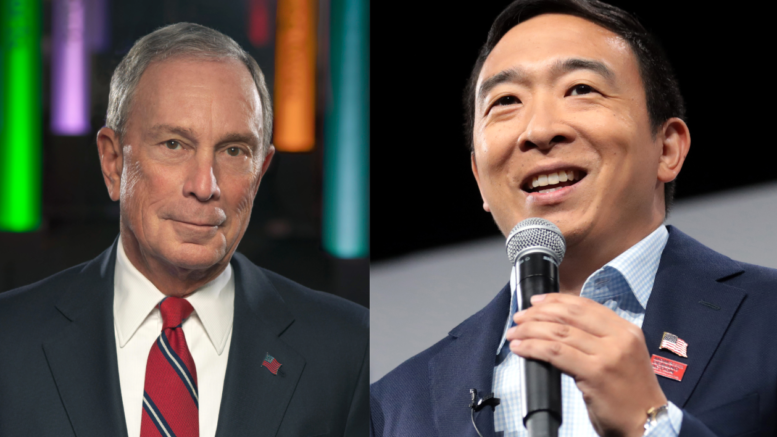 Please Share This Story!
PDF 📄
Bloomberg is a member of the Trilateral Commission which brought Technocracy to the modern world. Yang is a consummate Technocrat from Silicon Valley. This would be the most dangerous combination in our nation’s history. ⁃ TN Editor

Former New York City Mayor Mike Bloomberg’s presidential campaign is courting Andrew Yang for his support and has raised the prospect of the technology entrepreneur being his vice-presidential running mate, according to the Wall Street Journal.

Bloomberg has reportedly reached out to Yang, who dropped out of Democrat primary earlier February after poor showings in the Iowa caucuses and New Hampshire primary, to brainstorm ways for the two work to together. However, one unnamed senior Bloomberg aide sought to pour cold water on the report, telling the Journal that Yang wasn’t being “seriously considered” as a possible running mate for the billionaire. Yang has joined CNN as a political commentator since departing from the race.

The report comes after Matt Drudge, founder of the news aggregation juggernaut Drudge Report, revealed that Bloomberg is considering twice-failed presidential candidate Hillary Clinton as his VP pick. Drudge reported that internal campaign polling found that the pairing “would be a formidable force” against President Donald Trump and Vice President Mike Pence in a general election contest.