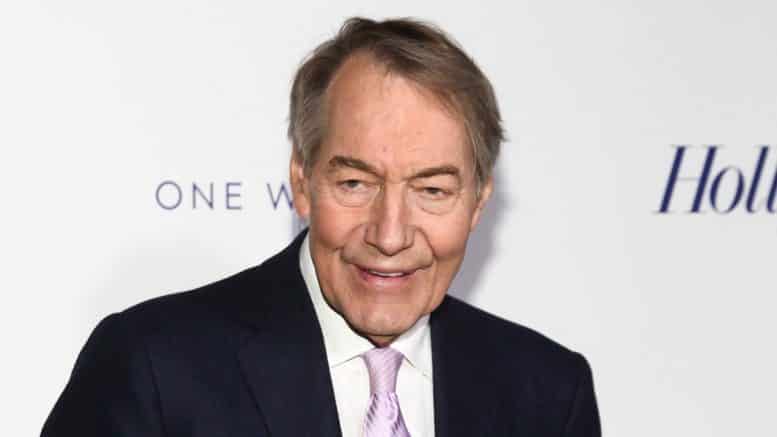 Exactly when Rose was dropped from Trilateral Commission membership is uncertain, but his long TV career was shattered when several women accused him of sexual misconduct. The allegations had enough substance that Rose was fired from CBS and PBS and Bloomberg Television immediately suspended the program. Rose interviewed dozens of other Trilateral members over the years and was considered one of the trusted media insiders at the Commission. At 76, he will likely never see the red light on the TV camera again. ⁃ TN Editor

On the night of April 2, Charlie Rose walked into Gabriel’s Bar & Restaurant, a Lincoln Center eatery that’s popular among New York’s media elite. Al Pacino had just left, while the state Attorney General Eric Schneiderman, who recently filed a civil lawsuit against Harvey Weinstein and The Weinstein Co., entered only minutes before the arrival of the 76-year-old ex-anchor of CBS This Morning.

Rose, a legendary man-about-town in addition to one of the most iconic broadcast journalists, once exuded an “old-school New York socialite vibe,” notes one media executive who has known him for a decade, adding, “When Charlie goes to Michael’s, it takes him 10 minutes to get to his table because people come up to him and he always says hello. He’s fearless: He’ll talk to anybody and he knows everybody.”

On this Monday night, however, four months after The Washington Post published devastating allegations of sexual misconduct against Rose, the normally dynamic fixture was in full-on head-down mode. Dressed in a dark suit, Rose projected dishevelment: his hair messy, his notebook’s pages askew, his gait shuffling. He headed to his table by himself and completed his dinner alone in under an hour. Previously one to take his time and glad-hand, Rose beat a hasty retreat. Perhaps out of a desire to give a struggling man his space — or worse, as a sign of indifference — no one in the restaurant approached Rose nor seemed to notice him.

Since November — when eight women who worked for (or aspired to work for) the Charlie Rose show accused Rose of sexual harassment — the former PBS and CBS anchor has been at loose ends. After a string of appearances in the gossip pages while attempting to patronize his regular Manhattan watering holes, Rose decamped to his four-bedroom, 5,500-square-foot Long Island home in Bellport, from January through much of March.

THR spoke with more than a dozen of Rose’s friends, neighbors and former associates, as well as proprietors of his current hangouts, to piece together what life is like for a media star deposed by harassment claims. Those familiar with Rose’s daily schedule believe it now begins as it always did, with a hefty media diet of 10 newspapers delivered to his door and regular exercise. “[Charlie] plays tennis most mornings, which I think keeps him in shape and together,” says Daily Beast co-founder and author Tina Brown, who says she has reached out to Rose in recent months.

Bellport, 60 miles from the city and known for its low-key vibe, has become Rose’s sanctuary. It has been described as the “un-Hamptons,” with Calvin Klein women’s creative director Francisco Costa, Princess Alexandra of Greece and Isabella Rossellini — who lives around the corner from Rose and is an occasional dining companion — all owning residences there.

A past Bellport inhabitant who has been a guest describes Rose’s $4 million to $6 million property on Great South Bay as enjoying “panoramic views of the water and Fire Island in the distance.” He describes Rose’s “Grady-White fishing boat … bobbing in the waves in the foreground. I think Amanda [Burden] helped him decorate [the house].”

Burden, Rose’s on-and-off-again girlfriend of more than 25 years, is Bloomberg Associates’ principal of urban planning and stepdaughter to late CBS founder William Paley. She owns a home nearby, which she purchased in 2012 for $6 million. While a current Bellport resident insists that they’re not currently a pair, Rose and Burden attended Sesame Workshop executive Sherrie Westin’s Chinese New Year’s party in Bronxville in mid-February together.