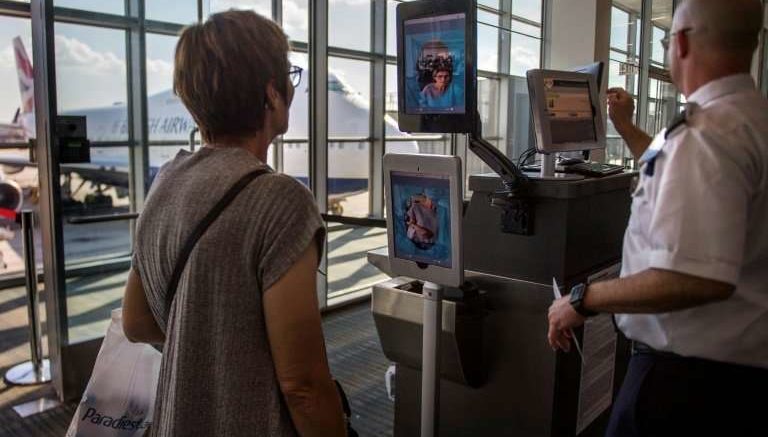 Technocrats at the TSA have no regard for privacy or for their contribution to the creation of a police state. Their sales pitch stresses convenience and speed of check in. However, if TSA has not already created a convoluted system in the first place, such convenience would be moot. Nevertheless, the TSA says, “we believe it will change the face of international travel.” ⁃ TN Editor

As facial recognition technology use generates intense scrutiny, a new system unveiled at Washington’s Dulles airport is being touted as a “user friendly” way to help ease congestion for air travelers.

Officials at Dulles unveiled two new face recognition systems Thursday, one to meet legal requirements for biometric entry-exit records, and a second to help speed processing of travelers arriving on international flights by matching their real-time images with stored photos.

The growing use of facial recognition has ignited debate over surveillance and privacy around the world, but officials told media this system was a way to help reducing annoying lines and wait times without compromising security.

“It’s fast, it’s user-friendly, it’s flexible and it’s cost-effective. And we believe it will change the face of international travel.”

Over time, officials say the biometric recognition system will allow a traveler’s face to eliminate the need for a boarding pass.

“No more fumbling with your boarding pass when you have two carry-ons, maybe a kid, no more trying to find a QR code or trying the refresh your screen,” McAleenan said.

In one test for the system, McAleenan said the boarding 350 passengers for an Airbus A380 aircraft was completed in 20 minutes, or half the normal time.

At Dulles, officials showed how the new systems, operated with iPads mounted on poles, identified and matched the image of travelers during the boarding process.

The system is designed to boost security by ensuring that travelers are using their real passports and not forged documents, matching to existing photos from passports or images collected from foreign nationals when they enter.

The Dulles system began operations in mid-August, ahead of the media event, and within three days was credited with the arrest of a man attempting to use a fake passport to enter the United States.