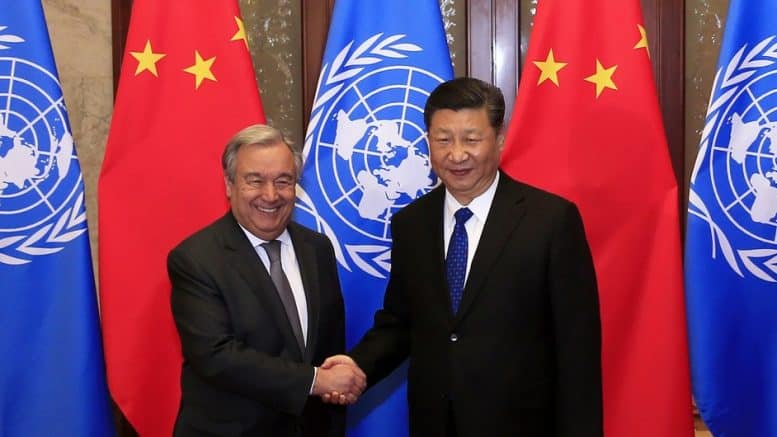 Please Share This Story!
PDF 📄
This is one of the shortest press releases ever seen from the UN, but Secretary-General Guterres has nothing but praise for Xi Jinping for his part in pushing Sustainable Development and the 2030 Agenda. This is not surprising in that both of them are Technocrats and China is the leading example of Technocracy in the world. ⁃ TN Editor

During an official visit, United Nations Secretary-General António Guterres on Sunday met in Beijing with Xi Jinping, President of China, where he congratulated the President on his recent re-election.

Mr. Guterres expressed his appreciation for President Xi’s support to the UN’s work and told him that the UN continues to count on China’s leadership and commitment to the implementation of the  2030 Agenda, including through international cooperation under the Belt and Road Initiative.

The Secretary-General also commended China’s consistent and constructive advocacy for a diplomatic solution to the situation on the Korean Peninsula.

Moreover, he underlined the UN’s commitment to assist in supporting a process of sincere dialogue, leading to sustainable peace and denuclearization on the Korean Peninsula.