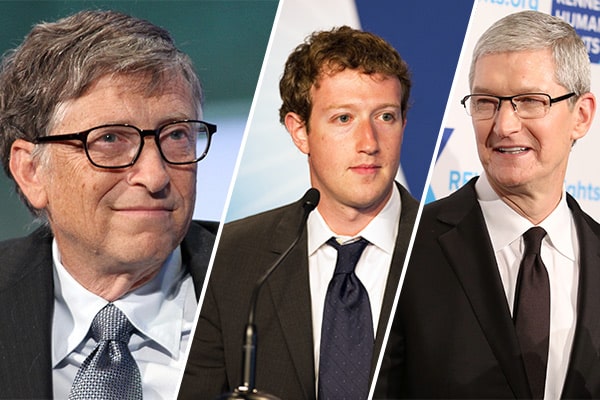 Fake history and fake facts are underpinning the argument for UBI, much like the pseudo-science of global warming. To state that UBI “starts to add up to a very significant portion of the GDP,” is woefully ignorant of economic terminology and meaning. GDP stands for “Gross Domestic Product”, whereas UBI is a government handout created out of thin air from taxpayer money. ⁃ TN Editor

The idea of a universal basic income — monthly cash payments from the government to every individual, working or not, with no strings attached — is gaining traction, thanks in part to endorsements from Silicon Valley celebs.

Some see it as a way to compensate for the traditional jobs with benefits that will be wiped out by robotics, artificial intelligence, self-driving vehicles, globalization and the gig economy. Others see it as a way to reduce income inequality or to create a more efficient, less stigmatizing safety net than our current mishmash of welfare benefits.

“I think ultimately we will have to have some kind of universal basic income, I don’t think we are going to have a choice,” Tesla CEO Elon Musk said at the World Government Summit in Dubai in February.

In a commencement speech at Harvard University in May, Facebook CEO Mark Zuckerberg said, “We should explore ideas like universal basic income to give everyone a cushion to try new things.” And in a July 4 blog post, Zuckerberg praised Alaska’s Permanent Fund Dividend, the nearest thing to universal income in this or any country. Since 1982, Alaska has been distributing some of its oil revenue as an annual payment, ranging from about $1,000 to $3,000, to every resident including children.

The concept has been around, with different names and in different countries, for centuries, said Karl Widerquist, co-founder of the Basic Income Earth Network.

It enjoyed a wave of U.S. popularity in the 1910s and ’20s and again in the ’60s and ’70s when it was championed by free-market economist Milton Friedman, Martin Luther King and, for a while, Richard Nixon.

It resurfaced again after the 2008 financial crisis, when soaring unemployment and corporate bailouts focused attention on the “99 percent.” The concept picked up steam in recent years as studies started predicting widespread unemployment because of automation.

Basic income has fans across the political spectrum, but for very different reasons. Libertarian backers would replace all or most welfare programs with a monthly cash payment as a way to prevent poverty, reduce government bureaucracy and let people decide for themselves how to use the money.

By contrast, “those left of center like the idea of using (basic income) as a supplement to the existing safety net,” said Natalie Foster, co-chairwoman of the Economic Security Project, a two-year fund devoted to researching and promoting the idea of unconditional cash.

In a “utopian version,” the money would “sit alongside existing programs” and go to every man, woman and child, Foster said. But if you made it enough to keep people above poverty — $1,000 a month is a popular number — “it starts to add up to a very significant portion of the GDP,” Foster said.

You never get something for nothing it just a fact of life. So I question the motivation of universal basic income and what is the end goal. Lets see you become dependent on the income, due to globalization you can afford less and less of what was the norm before. More dependency on UBI. Then they say we cannot sustain the system with a monetary base so we must go to Carbon Credits and Debits. Well that sounds like a great idea no more cards or cash to carry what a deal. Look we are already set up for this… Read more »

I thought I heard the US government was broke? So where does this free money come from? When they came up with government backed student loans the cost of college skyrocketed so perhaps the same thing will happen with this idea? Rents go up the minute anyone gets a social security income raise. The SS INCREASE LAS YEAR FOR MY NEIGHBOR WAS $3 and her rent went up by $13. So don’t get excited kids they are just moving the cows from one empty field to another. It’s all an illusion.