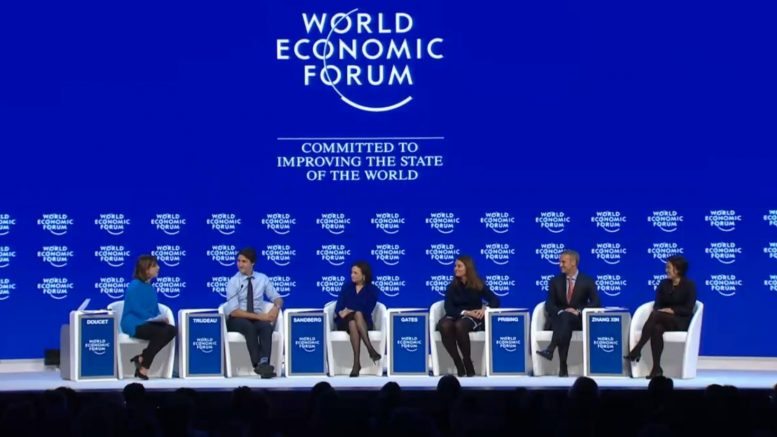 Mix the World Economic Forum with New Urban Agenda, and you get a massive spawning-ground for public-private partnerships. P3 is a blending of public and private financing, most comparable to fascism. ⁃ TN Editor

Every year in the Swiss ski resort town of Davos, world leaders and titans of industry gather under the auspices of the World Economic Forum. From monetary policy to geopolitics, cybersecurity to virtual reality, the January confab is a marquee meeting for the future of the world economy. Since 2009, a small group of business executives have met in the rarified Alpine air to ponder how urbanization fits into a vision for global prosperity.

Nearly a decade later, much of the World Economic Forum’s policy research on the urban question is thanks to Alice Charles, the WEF’s urban point person at the Shaping the Future of Urban Development and Services Initiative. Officially, she’s the forum’s Community Lead of Infrastructure and Urban Development Industry.

Internally, she manages attention-grabbing reports on topics such as the latest urban innovations and how the private sector can deliver on the New Urban Agenda, as well as country-specific recommendations for India and city-specific recommendations for China. Externally, she coordinates an advisory board of 25 private sector movers and shakers with a stake in cities, including the likes of Arup, Danfoss, PricewaterhouseCoopers, IBM, Cisco, GlaxoSmithKline, Novo Nordisk, Hindustan Construction, Biaban Group and the Rockefeller Foundation.

This week in Buenos Aires, the WEF is hosting its annual meeting on Latin America. In March, Citiscope’s Gregory Scruggs sat down with Charles near the World Economic Forum’s global headquarters, to learn more about the forum’s global view on urbanization. This interview has been edited for length and clarity.

Gregory Scruggs: Why is the World Economic Forum interested in urbanization?

Alice Charles: The forum is the international organization for public-private cooperation, so the demand for a line of work comes from that community. With the level of urbanization that’s happening — 66 percent of our population is going to live in cities by 2050 — if you’re going to improve the state of the world, you’ve got to deliver in cities.

If you look at the business community, in many instances they’re actually dealing with city leaders. If they’re offering a service, delivering infrastructure or selling a product, then they’re working with cities rather than prime ministers or presidents.

And of course, city leaders have an interest in working with us. From a city leader’s point of view, generally what they would say is: One, they’re interested in looking at the best primary examples we can share, but the second thing is working with this wider community of business and civil society that can help them to deliver some solutions on the ground in their cities.

Q: If there is so much opportunity for the private sector in urban development, why do you think that the business community was so absent at Habitat III?

A: The private sector wasn’t engaged from the outset. There was an absolute willingness of the private sector to be involved. At the 2016 Davos meeting, the 25 business leaders on the steering committee of our Future of Urban Development and Services initiative said that in order to get the best agreement at Habitat III, they wanted to be part of the process.

Mayors were well represented in Quito [at Habitat III], but the need for the private sector to be part of the process was recognized too late in the day for the private sector to physically be there. That’s definitely a major learning in terms of any future global framework on urbanization: You need to make sure all of the stakeholders have a seat at the table from day one.

Q: Since the adoption of the New Urban Agenda, have you seen a renewed interest from the private sector?

A: The private sector is extremely interested in the New Urban Agenda, but they have some concerns. They believe that a number of things need to happen now.