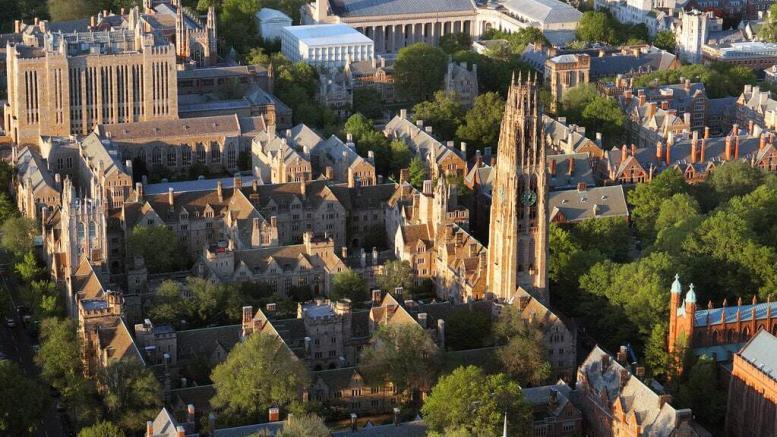 Please Share This Story!
PDF 📄
Professor Gregg Gonsalves is another Technocrat epidemiologist who dares to practice medicine without a license. He is a mathematician and statistician, with no medical credentials whatsoever, and yet he gets headline coverage on his wild and unfounded predictions. ⁃ TN Editor

A Yale University scientist argued in a social media post published on Wednesday that the United States government’s plan to reopen American after the Chinese virus pandemic amounts to “genocide” of “African-Americans, Latinos, other people of color.”

Yale epidemiologist Gregg Gonsalves criticized the U.S. government’s response to the Chinese virus pandemic and its plan to reopen the country in a tweet that was published on Wednesday, suggesting that it would be “genocide by default” to lift “shelter in place” restrictions. Gonsalves also suggested that the government’s response would disproportionately impact “people of color.”

“How many people will die this summer, before Election Day? What proportion of the deaths will be among African-Americans, Latinos, other people of color?” Gonsalves wrote in the tweet. “This is getting awfully close to genocide by default. What else do you call mass death by public policy?”

Gonsalves tweet was highlighted this week in a report by China’s state-run communist publication, the People’s Daily. “An epidemiologist at Yale University on Wednesday launched one of the harshest attacks on the U.S. administration’s response to the coronavirus pandemic, saying it was ‘close to genocide by default,’” the report read.

It would seem now that no one can trust any information from anyone staffing universities, period.

Oh, he’s from Yale so his views are so much more important and carry so much more weight even if he is NOT a scientist. If people are afraid to go out they can always stay locked up at home. They can even wear a paper bag over their heads if they want.

He literally put the number of Americans that may or may not die in the thousands, guess what buddy, if we dont ‘open up the country’ it’s not going to just be thousands that die. If we dont resume business here we will be sealing the fate of hundreds of thousands of people, sentencing them to the slow, horrific, painful, death of a famine. I’m sure the guys heart is in the right place, but I’m guessing that his position at Yale ensures a nice roof to shelter under with plenty of food in the cupboard, a nice big flat… Read more »

And I saw, and behold a white horse: and he that sat on him had a bow; and a crown was given unto him: and he went forth conquering, and to conquer. And when he had opened the second seal, I heard the second beast say, Come and see: And there went out another horse that was red: and power was given to him that sat therein to take peace from the earth, and that they should kill one another: and there was given unto him a great sword. And when he had opened the third seal, I heard the… Read more »

No surprise from a Jesuit college, Trump, Fauci both Jesuit trained.