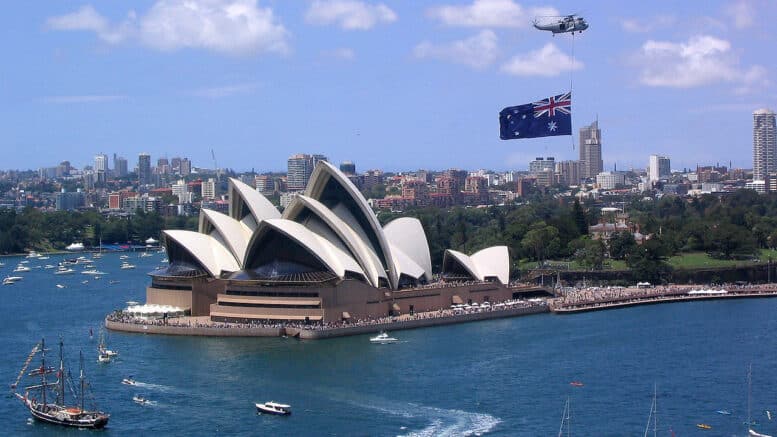 Please Share This Story!
PDF 📄
Technocracy is forcefully asserting itself throughout the world and it’s no surprise that Technocrats have been laying this trap for decades. Started in the 1930s, the ideology grew as technology advanced to achieve its goal of total control over society.

In Australia, the Technocracy revolution is highly visible and citizens are feeling the pressure as they slip into scientific tyranny and dictatorship.⁃ TN Editor

The familiar sight on television screens over the past few months of the prime minister and the state and territory leaders flanked by, and often deferring to, their senior health experts, suggests a comfortable, and wholly workable, relationship between those elected to govern and those with particular expertise to contribute.

There is little in what we have been watching to indicate tensions – yet, the ongoing debate about the appropriate role of experts in a democracy reveals tensions aplenty. Indeed, it might be argued that there is no more pressing problem in both public policy and democratic thought than this relationship between the rulers and the experts, and by implication, between what people want and what experts agree to.

It is not just a dry academic argument. The highly contested role of experts in government is now widely seen as a major contributing factor to the global surge in populism as populist leaders urge people to “take back their lives”. It is a significant factor in the current rise of nationalism in Europe, with populists leading the charge against the “undemocratic technocracy” of the European Union; it played a crucial role in the Brexit debate that led Britain out of the EU; and it is very much a part of Donald Trump’s America.

The parameters of the discussion are broad in the extreme. They range from zealots at one end of the spectrum arguing for the replacement of politicians by experts in a system in which leaders are chosen for their relevant skills and proven performance, as opposed to whether or not they fit the majority interests of a population, to the other end of the spectrum represented by Donald Trump who, according to Philip Rucker and Carol Leonnig in their book, A Very Stable Genius, repeatedly told his chief of staff John Kelly when lining up experts to brief him: “I don’t want to talk to anyone. I know more than they do. I know better than anybody else.”

The idea of technocracy began to develop in the early 20th century as a public policy concept designed to advocate the application of the scientific method to solving social problems. The term was coined by the American engineer William Henry Smyth in 1919, and adopted as a key theme by the sociologist and economist Thorstein Veblen in his influential book, Engineers and the Price System (1921).

It was further popularised by James Burnham in his widely read The Managerial Revolution (1941). The term has come to mean “government by technical decision making.” As a social movement, technocracy gained prominence, predominantly in the United States and Canada (but also in Germany and the Soviet Union) briefly in the 1930s, advocating the replacement of elected politicians and business people with scientists, engineers and economists who had the technical expertise to manage the economy and address the problems of the Great Depression.

The movement was inspired by Howard Scott, an American engineer who regarded government and industry as wasteful and unfair and argued that an economy run by engineers would be both efficient and equitable. The movement lost momentum with the outbreak of World War II but underwent a revival later in the century, notably in France in the 1960s where it became identified with the earlier theories of Henry de Saint-Simon (1760-1825) who had predicted a society ruled by scientists and engineers. Its current revival owes much to the work of the American public policy expert Frank Fischer, who, in his 1990 book, Technocracy and the Politics of Expertise, argued that democracy was “simply incompatible with the realities of a complex post-industrial society.”

To Fischer, technocracy was a “system of governance in which technically trained experts rule by virtue of their specialised knowledge and position in dominant political and economic institutions”. Fischer argued that it was not so much an idea for the future but was actually already happening, describing a shift towards a “quiet” and “faceless” technocratic “revolution” as new technocrats emerged in a different guise.

No longer posing as the “new men” of the future with grand pronouncements about technological and scientific progress and blunt rejections of conventional politics, these current technocrats “modestly step forward” as organisational “servants” in a subdued and pragmatic language addressed to organisational and technical “imperatives.”

This quiet revolution, according to Fischer, was not so much a break with the past but rather served as a “striking continuity of basic technocratic ideas”, echoing the notion that technocracy was simply an “ever-recurring intellectual doctrine”.

Is growing technocratic influence on decision making necessarily subversive of democracy? Looking back on the three decades since Fischer wrote those words, Anders Esmark of the University of Copenhagen, in a 2017 paper, substituted the idea of a quiet revolution for a more specific claim: what we have witnessed since the 1980s is a technocratic revolution carried through primarily by the governance paradigm of public policy and public sector reform.